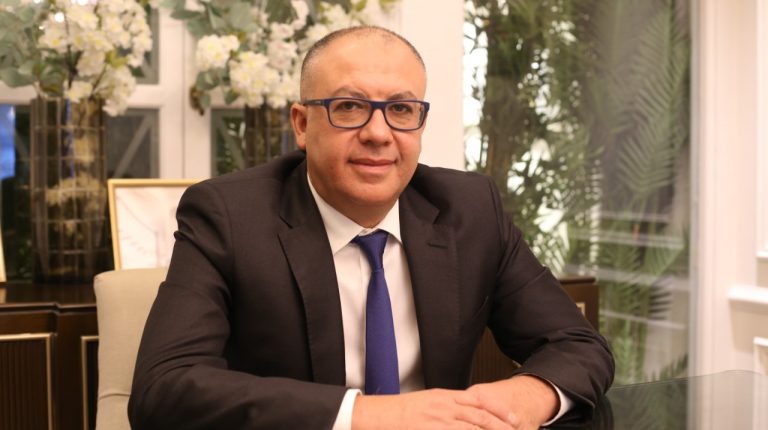 Mountain View – DMG targets to increase its sales to EGP 8bn this year from EGP 6bn in 2019, said Chairperson and Founder Amr Soliman.

Accordingly, the company plans to deliver about 2,000 units within its projects in 2020, including 1,000 units in iCity compound in New Cairo.

Soliman added that the company intends to direct EGP 3.5bn investments to its projects this year, up from EGP 1.5bn last year, as Mountain View seeks to adhere to its delivery schedule.

The commitment to delivery schedule is the most prominent challenge for real estate companies during the coming period, testing their financial and technical solvency. Property exports are still low but with the government’s support to the private sector, it is expected to achieve positive results in this regard, he noted.

“The company intends to begin delivering the first phase of the iCity in New Cairo in June, which compromises 1,200 units with a total investment of EGP 1.5bn. The project is a co-development under a partnership system with the government represented by the Ministry of Housing. The partnership contract was signed during the economic summit in March 2015. The partnership with the state facilitates and speeds up the construction rates,” Soliman elaborated.

He added that the key utilities for the first phase have been already installed, which makes it habitable. The first phase is located on an area of ​​150 feddan.

He indicated that the company’s total land bank amounted to 1,500 feddan, equivalent to 6.3m sqm, encompasses 15 projects, of which 10 projects have been delivered.

The population of these projects will reach 12,000 people by the year-end. The company’s land bank in West Cairo reached 800 feddan and comprises four projects.

Soliman emphasised that the company has a fixed strategy in its projects which is marketing 80% of the project before construction and then selling the remaining 20% after completion of the project, and these units’ value rises successively after the delivery of the project.

Mountain View offers payment plans up to eight years in its various projects, however developers do not usually prefer long payment plans because they affect expansion plans, but companies had to do so due to the low purchasing power in the market, Soliman explained.

Nevertheless, he projected a recovery in sales of completed projects that meet the conditions of the Central Bank of Egypt’s initiative of mortgage finance for middle-income people, who represent a large segment in the market.

However, Soliman called on the state to provide a permanent financing mechanism through which developers can complete the implementation of their projects and even expand.

He pointed out that there are basic elements through which Egypt’s property market is regulated, which is financing, exporting, and organising. Financing guarantees support financial solvency of developers and enable them to expand in other projects.

Property export is one of the important files that the state started to focus on by issuing the required legal framework of the process. In addition, it started regulating the market through classifying the companies operating in the local sector. This classification helps in protecting developer, customer, and the state as well.

Mountain View’s chairperson called on the state to offer lands within a clear development plan, so that supply and demand and targeted residential segment can be defined. This eventually would achieve balance within the market and avoid oversupply.

He highlighted that real estate development industry requires knowledge, experience, and scientific principles. It’s not a hobby that is easy to succeed in. Some companies could make it in the local market in the beginning but they were unable to continue.

He recommended medium and small-sized companies to equip themselves with expertise and scientific and economic foundations in the implementation of their projects.

Soliman also called for the necessity of activating executive regulation of granting residence to foreigners who buy properties in Egypt, as well as increasing coordination between government agencies concerned with property export, namely miniseries of interior, housing, and justice, and other agencies, to end bureaucracy or solve challenges that may face developers in this regard.

He pointed out that the measures and steps taken by the state so far to support exporting real estate were well organised, especially the citizenship by investment law that grants nationality in exchange for buying a property from government companies, but it should also extend to include the private sector companies that have strong market shares.

Non-residential properties need financing from abroad. Such projects grab the attention of foreign financing bodies, so more focus on marketing this type of real estate is needed, Soliman concluded.