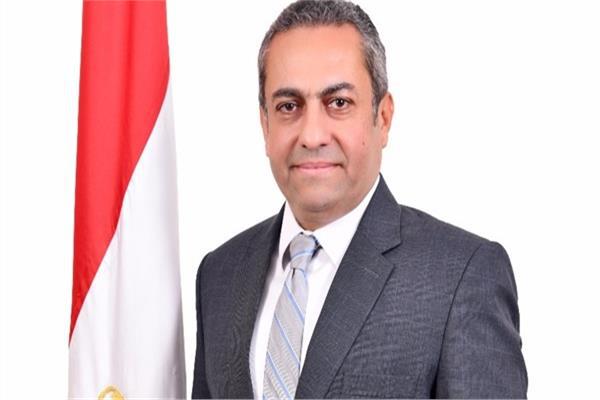 The Egyptian government has confidence in the strength of real estate industry, so it invests in this promising sector that has a direct impact on the local economy and contributes to providing millions of job opportunities for Egyptian citizens, he added.

Abbas explained that these investments were directed for infrastructure projects in several new fourth-generation cities, in the forefront of which are New Alamein and New Administrative Capital. The development of such cities requires a strong infrastructure to stimulate local and foreign investments into Egypt’s urban development projects.

He noted that the role of the state is to provide good infrastructure in these new cities to encourage developers to launch new projects.

Abbas unveiled that the NUCA received around 3,000 requests to obtain lands under market orientation mechanism that have been launched recently in new cities.

He added that 650 out of those 3,000 applicants paid down payments, and about 25% of the total requests are by non-Egyptian investors.

“Three major investors have already begun work in new cities in Upper Egypt. They obtained lands under the market-oriented system, which reflects that the state’s plan to develop Upper Egypt is on the right path and has investment feasibility. More developers are expected to invest in the region,” Abbas elaborated.

The market orientation mechanism approved by the NUCA recently for land allocation made the process more organised and accurate and accelerated responding to requests.

Accordingly, the NUCA has set first two weeks of every month for investors to submit their requests provided they get response at the end of month, so in case of disapproval, the investor does not wait long. Moreover, the authority is constantly updating its land application form to match the goals of the state and developers.

“Ministry of Housing is constantly conducting inspection tours to follow up on the implementation of several projects in the New Administrative Capital and to ensure that developers adhere to schedules and punish companies that fall behind schedule because there is an obligation to deliver the first phase of the New Capital by mid-year,” Abbas said.

He pointed out that Central Bank of Egypt’s decision to slash interest rate by 3% during the Monetary Policies Committee meeting last week will lower the interest on mortgage financing which means longer payment periods. This will encourage real estate customers to resort to mortgage financing.

Dolman to launch its second commercial project in NAC in 2020