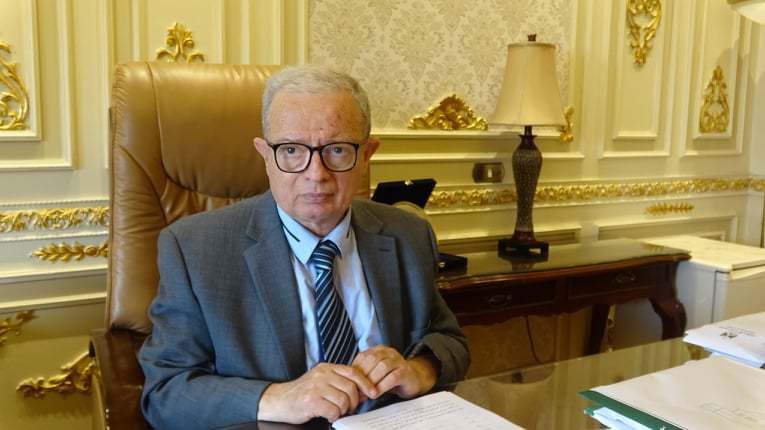 Hussein Eissa, head of the parliament’s planning and budget committee, said the EGP 100bn emergency fund announced by President Abdel Fattah Al-Sisi to fight coronavirus and cushion its impact on the economy is part of the current 2019/20 budget, not the next one.

Eissa stressed in an interview with Daily News Egypt, that the state’s crisis management is carried out with high efficiency.

The planning and budget committee’s role is to discuss and observe the government’s spending and evaluate it, before providing recommendations.

What is the impact of the spread of Coronavirus on the Egyptian economy?

It has economic effects in the fields of tourism and travel, and causes the cancellation of many economic events globally. Egypt’s crisis management under the supervision of Prime Minister Mostafa Madbouly is carried out with high efficiency. The situation is being 24/7 followed. Relevant ministries take precautionary measures and hold periodic meetings to follow the latest developments and reduce the impact of the crisis on citizens.

So far, the situation is safe and under control, and death rates as well as confirmed cases are much lower than in other surrounding countries. As for the economic aspect, the crisis cast a shadow over the world, as the virus causes the cancellation of flights between some countries, including Egypt and some European countries. Stock market indexes declined, as did the tourism movement.

How does the state spend in such crises?

In the general budget, there is an item called emergency that represents 10% of the total budget, and it is approved in advance in the parliament. It also gets the surpluses of other items. The allocations in this item are spent on such crises and emergency matters. It now supports the Ministry of Health to tackle the coronavirus.

We finished a few days ago discussing and approving the balance sheet for the past fiscal year, and after that, we held 25 meetings to discuss the details and summoned a large number of officials from ministries and economic and service bodies. We have some positive and negative comments. Our positive comments include a decrease in the rates of expenditures, higher revenues, and lower deficit-to-GDP and debt-to-GDP ratios, which are all good. We also have negative comments that actually have extended through decades, such as economic bodies making losses and lack of accuracy in financial statements. We prepared a report of 138 recommendations that will be put out to the public in two weeks during a plenary session.

What are the most prominent laws put forward in the last round of the parliament?

We have completed some laws concerning tax disputes, developing textile industry, and public enterprise sector. We have now finished discussing the partnership law with the private sector and will be presented to the public session soon along with amendments to the law of The Sovereign Fund of Egypt and the tax law, in addition to the completion of the customs law that will be presented for discussion within a few weeks.

We are currently discussing the unified tax draft law, which will be a major shift in the tax system, and we will soon work on the Unified Planning Law, amendments to the Income Tax Law and Value-Added Tax, followed by the Public Finance and Government Accounting Law. These laws will be finalised before June and we plan to begin discussing the budget in April.

When will the parliament intervene to compel the government to put a limit for domestic and foreign borrowing?

A year ago, a committee was formed to follow the external debt under the direction of the President and the Minister of Planning. Among its goals was to set a flexible ceiling for borrowing, and I envision that we will reach good results in this file.

What is the position of the committee regarding the resumption of capital gains tax on the Egyptian Exchange (EGX)?

The capital gains tax is already in place, but its implementation has been postponed until 30 June, and there are talks between the EGX and the Ministry of Finance regarding postponing the tax again or abolishing it, and so far the planning and budget committee has not received the final result of these negotiations. Our position in this matter is clear: achieving a balance between public treasury and tax revenues, while not imposing taxes that affect the activity of the EGX, taking into account that there are other factors that affect the stock market rather than taxes.

After the emergence of “trembling hands” (indecisive leadership) in the Tax Authority following the cases of corruption in the entity, don’t you see the importance of reforming the tax system?

Of course, there is a great importance for reforming the tax system, which collects 75% of the total state revenue, which is a globally established percentage, and we aim annually to collect taxes between EGP 800-850bn and the tax apparatus is currently subject to a complete restructuring in terms of financial, administrative, organisational, digitisation, and raising the efficiency of the tax authority. We also discuss the unified tax draft law to have a legislative umbrella for the amendments that are taking place today in the Egyptian Tax Authority.

It is known that the tax system anywhere in the world is based on tax legislation, and 99% of our efforts throughout the past  focused on legislation, but now we focus on management that would increase the tax revenue if it were developed.

Some businesspeople object custodial penalties in the new Customs Law, will the committee amend this part in the law?

We have already finished discussing the law, but the final touches are left and it will be submitted to the plenary session within a few weeks. As for the custodial penalties, such penalties are only for who commits a crime.

Do you have new suggestions to activate social protection mechanisms in the next general budget?

We have not yet received the new draft budget and will begin discussing it in April, but there is no doubt that the funds allocated to social protection programmes are increasing annually, which have reached EGP 70-80bn.

Is there a possibility that the committee will amend spending items in next budget?

We make adjustments to the spending items annually and this is our right as a parliament, but in consultation with the government, so that the latter can implement these amendments. We have formed a committee to follow up on the budget committee’s recommendations.

Only 50% of the recommendations were implemented in the current budget, according to the statements of the follow-up committee. What are the reasons for not implementing the remaining recommendations?

There are two types of recommendations, the first for the balance sheet and the second for the general budget, and we annually follow up on the implementation of these recommendations. The indicators say that the rate of government response to our recommendations rises every year as a result of our follow-up.

What are the main problems that the committee examined and resolved?

Perhaps the economic reform programme is one of the most important problems that we faced, and I remember saying to former prime minister Sherif Ismail at the time, in the first budget we discussed in 2016/17 that Egypt cannot apply this type of budget for more than two years to come, given the percentage of deficit and the lack of resources and increased expenses. When the government started its reform programme in November 2016, we supported its decision and were put through great pressure.

Is spending on education and health sectors satisfactory? Are there any future plans?

The funds allocated to education and health sectors in the budget rise annually as stipulated in the Constitution, but in a way that does not contradict the allocations for other sectors, yet I still insist on finding unconventional resources of funding for these two sectors. Each segment of the society should bear part of these services’ costs depending on their financial situation. We are still unaware of the economics of service provision, which is a science, and indicates that a single service can be offered at different prices according to the capability of the service recipients, and those who do not have the ability to pay are exempted from paying the service costs, thus achieving social justice.

Domestic tourism to return with certain restrictions: Ministry of Tourism

Parliament to continue session on 29 April

Business community endorses ‘Stay at your factory, protect your family’