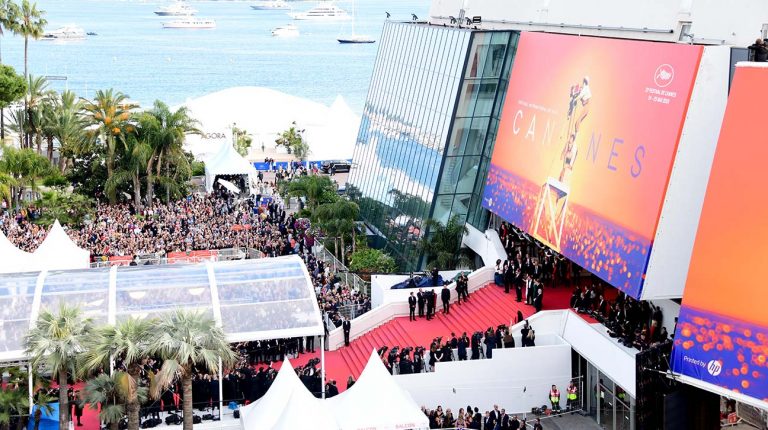 In light of the current coronavirus disease or COVID-19 that is unfolding across the world, the film industry has seen many events postponed and cancelled, France’s Cannes Film Festival and the US daytime Emmy TV awards are the latest events being postponed to delay the spread of coronavirus after several cinematic events cancelled their programmes with some going online to screen films.

The prestigious Cannes festival, due to take place in May, may be held at the end of June, organisers said.

Also, Emmys organisers said they are looking at “alternative ideas for how to best recognise the honourees”. 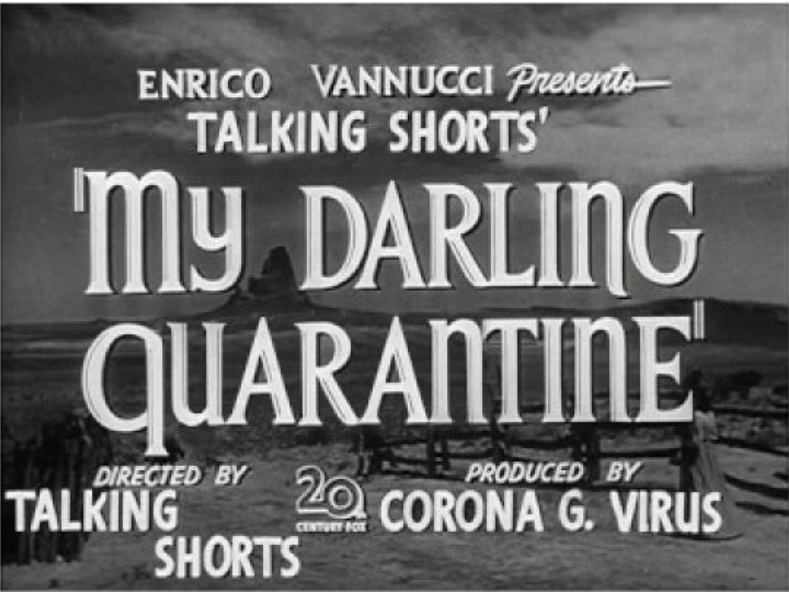 Cannes jury chair director Spike Lee told American entertainment magazine Variety; “The stuff that we love has to take a back seat.”

He said: “The world has changed and it’s changing every day. People are dying and France’s president has said, several times – I’m paraphrasing – ‘We are at war.’ We are in a war-like time.

“So many things have been postponed, and I agree with this move.”

The Cannes Festival organisers said they are working with local and national governments and “as soon as the development of the French and international health situation will allow us to assess the real possibility, we will make our decision known”.

Lee said he will make himself available as jury head if the festival is rescheduled.

“Everybody has to pray, get on bended knee, pray, we get out of this, find a vaccine, get back on our feet – physically, emotionally, and financially worldwide. This is no joke. It’s not some movie. People are dying.”

The Glasgow Short Film Festival (GSFF) will make its short films screened online as part of a programme. It had been set to open with My First Film, an interactive live cinema performance featuring filmmaker Zia Anger sending fragments of her story to the audience’s mobile phones.

Named last year as one of MovieMaker Magazine’s “top 25 coolest film festivals in the world”, GSFF is the largest competitive short film festival in the country and aims to present some of the best new films in Scotland alongside shorts from around the world.

Organisers are now working to ensure as much of the original programme as possible can be shown during its rescheduled dates of August 19 to 23.

Also, 32 festivals and distributors have signed on to a multi-pronged Film Festival Survival Pledge that aims to change that — providing festivals with much-needed revenue in the form of ticket and pass sales for online screenings as self-quarantine and social distancing has become the norm. 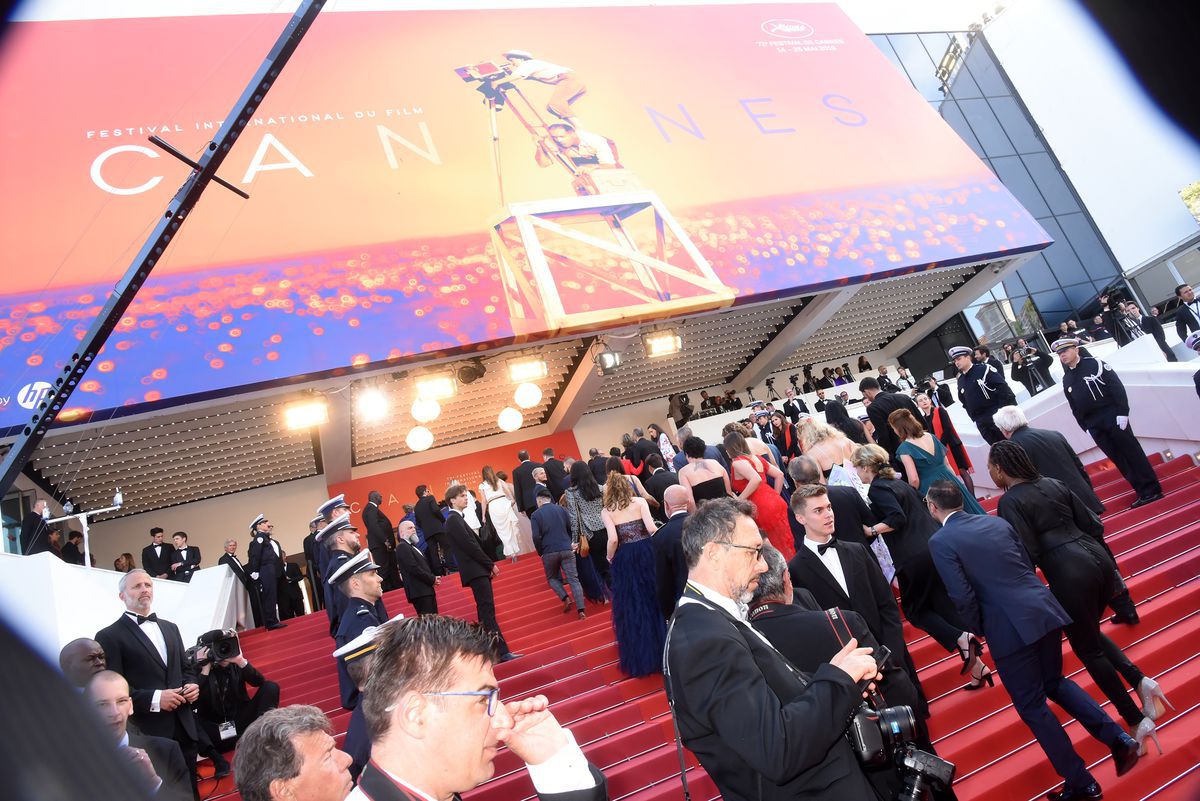 The effort is being spearheaded by crowdfunding and SVOD platform Seed&Spark. “It’s for festivals and distributors to pledge to support one another,” CEO Emily Best said. “That, in turn, protects the filmmakers.”

Best added that the initiative was designed to build a groundswell of commitment from industry leaders to temporarily waive policies that are hurting the independent film ecosystem.

Local and regional festivals are among the most vulnerable to the financial havoc wreaked by a cancelled event. By forging an environment that makes online screenings more acceptable, it will give those festivals a chance to cover their costs and continue their work, she said.

Also, the organisers of the German Audio Film Prize will be working on a live-streamed version of the awards’ ceremony, following the cancellation of the gala with its 500 guests. The prize recognises the film with the best “audio description” — depictions of central elements of the plot and the settings of the film, beyond dialogues, to allow the blind and partially sighted to watch movies as well.

Google has also launched a new digital platform for arts and culture. The online exhibition “Once Upon A Try,” offers innovative formats created in collaboration with 120 museums worldwide, “exploring millennia of human inventions in one exhibition.”

Scientists, artists, and activists, as well as stars, come together in the project. For example, one format developed in collaboration with Geneva’s CERN Museum allows users to experience the Big Bang through an augmented reality app, which features “a story of the universe” narrated by Tilda Swinton.

In another context, festival programmers from many festivals have joined forces to launch My Darling Quarantine, an online festival designed to raise money in light of Coronavirus. This includes many major short film festivals, amongst them, Go Short – International Short Film Festival Nijmegen, the Glasgow Short Film Festival, Short Waves Festival in Poland, and Canada’s Festival Regard, as well as such events as CPH:DOX in Copenhagen, SXSW in Texas, Tribeca in New York, and Vision du Reel in Nyon.

The festival was initiated by Enrico Vannucci, short film advisor for the Venice International Film Festival and programmer for Torino Short Film Market, who is currently living under quarantine conditions in Italy.

Vannucci said: “Watching all of this situation unfold while sitting in my forced confinement at home, I came up with the idea to create an online short film festival about what is happening now, to fundraise money to help the healthcare system stakeholders dealing with the current problem.”

“My Darling Quarantine Short Film Festival is an attempt to keep doing what we in the short film world like to do – selecting and presenting great short films to our audiences – while trying to raise money for several associations that already, or soon will be, in need of more money to operate and save more people’s lives. We also want to raise money to help any cultural organisations who have been affected by the situation.”

My Darling Quarantine Short Film Festival (MDQSFF) has enlisted the help of short film practitioners from around the globe to suggest films with a Dystopian theme with programmers from the likes of Tallinn Black Nights, Cannes, Berlin, Venice, Locarno all giving suggestions.

Every week, from Monday to Sunday, the festival will present a programme of seven short films with the audience asked to vote for their favourite short of that week. Viewers will also be encouraged to donate via the GoFundMe page set up by MDQSFF.

Films to be shown during the first week of the festival include Postcards From The End Of The World (Dir Konstantinos Antonopoulos, Greece, 2019), a film which sees a Greek family having to find a way out of a secluded island in the Mediterranean when confronted with the unexpected end of the world. The film has already had a healthy festival run, screening at the likes of Sarajevo, Tampere and Winterthur where it won the Audience Award in 2019, and the MDQSFF screening will represent the first time online audiences get to see the film.

Some 50% of the money donated by the festival viewers will go to Médecins Sans Frontières, the public health relief organisation operating globally. The other 50% will be donated to a cause that will help cultural institutions and workers who have been affected and may face both organisational and financial hardships in the coming months and years.