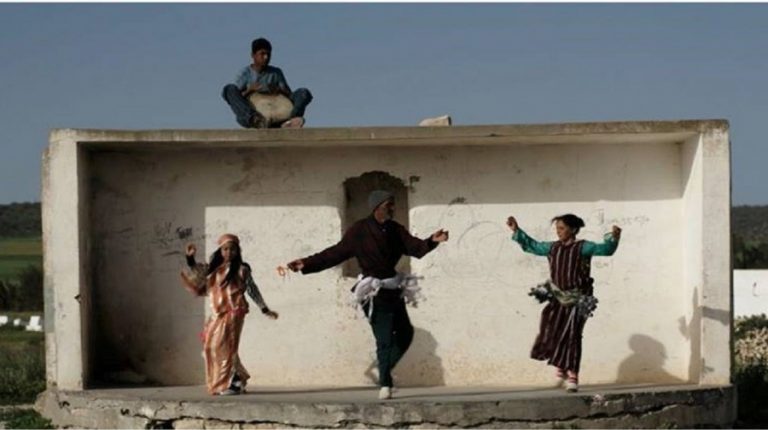 Ghzela is the protagonist in Hager Nefzi’s film by the same name. He is an elderly of 70 years old, who lives in Elkef in Sidi Omar, where he lives by the shrine of holy people, which he considers to be the whole world. Exuberant and Sufi, he is introduced as a simple person who has not been to school, yet he is eager to learn how to write and live his life to the extreme.

Despite living among shrines of dead people, their characters could not be any more lively.

He is fond of an imaginary person called Hafsa who is allegedly the daughter of the holy man Sidi Omar. He praises them both in chanting and songs. Poverty is portrayed in the film, nevertheless the four families who live in Sidi Omar are rich with their values, love for life, and solidarity among themselves. The character of Ghzela was most probably shown as the village idiot who mumbles words and recites chants to people who died years ago, but the director gives him a chance to explain his way of life. Hence, he explains and does not justify. 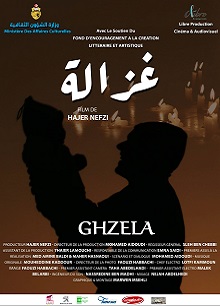 In the film, Nefzi, who is a young Tunisian filmmaker, has been able to not only shoot beautiful images and sceneries, but also exhibited in her first full-length film people’s feelings, regardless of any external factors. As a result, she was able to translate to the viewer the warm feelings in the area where Ghzela lives. Ghzela is a journey in the life of a man who sacrificed his life for the love of a woman who he had only seen in dreams, until he lost his family and ended up all alone.

Among these feelings is eagerness to live and enjoying the bare minimum, despite the ongoing challenges. The film embodies the experience of Ghzela whose life and dreams have not been changed by the rapid changes in life. Although he lived on the margins of world near the dead, he is more alive than many others.

Between asceticism and passion, Ghzela is a normal person who lives in a marginalised place. Nevertheless, he has made peace with who he is. He is a free soul, who does not carry anything but love for life and laughter. In every event and Prophet’s birthday, he dresses up in a certain outfit, defying all societal norms. For example, at times he dresses as a Sufi dancer in a white galabiya, but at other times, he becomes a cross dresser and wears a belly dancing outfit.

He is the film’s main character as he is followed by the camera, however, one of the goals of the film was to document the marginalisation Ghzela lives in, despite residing in an area where nature is rich with greenery and beautiful scenes, where drones are being used for shooting. The state is absent in these areas, as schools and other facilities are in remote areas. For example, the children who live in the same village wait for hours to hitchhike in order to go to their school.

The film raises the question of what will happen to the history of these shrines and the fate of these traditions, as they are only memorised but not documented nor written down. That is the case in several areas, traditions, and societies in the Middle East, especially rural and desert regions, where the very people living near the monuments or ancient places are their own historians and librarians.

By doing this, Nefzi’s camera is a light guest to the sequences of the film.

Although the film is a documentary, which requires the interference of the director in order to secure shooting areas and be comfortable, Nefzi allows her subjects to live their daily lives normally.