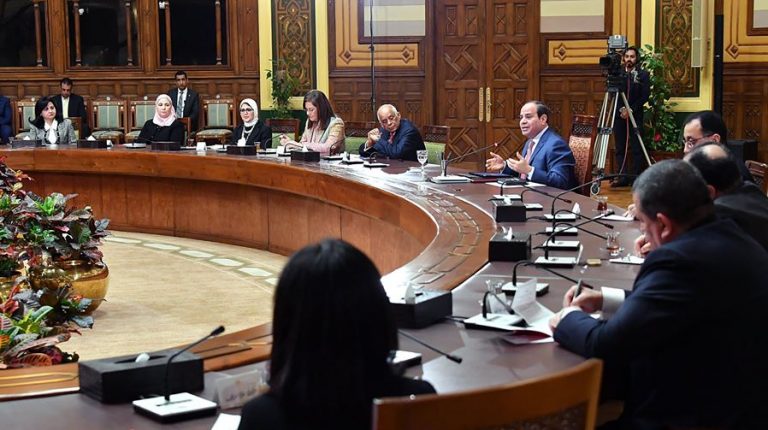 Egypt’s President Abdel Fattah Al-Sisi has emphasised that the government is dealing with the crisis of coronavirus (Covid-19) with “full transparency,” and there is nothing to hide.

“All coronavirus numbers reported by the government are accurate,” Al-Sisi said on Sunday during a ceremony to celebrate Egyptian Woman Day.

“Egyptian government is dealing with this matter [coronavirus outbreak] based on international standards and in coordination with World Health Organizations,” Al-Sisi added.

“We have not hidden anything,” Al-Sisi said, wondering why some suspect the government’s announced cases. He urged Egyptians not to pay attention to any attempt to question the government efforts to limit the spread of Covid-19.

The president announced that the Central Bank of Egypt (CBE) allocated EGP 20bn to support the Egyptian Exchange (EGX) after it was affected by the pandemic. The CBE will purchase stocks directly starting this week.

Al-Sisi called on the Egyptians to stay home for two weeks to help curb the coronavirus spread, noting that if citizens do not abide by medical and government instructions, the coronavirus numbers can turn into thousands within days.

Al-Sisi said the government took the necessary measures to deal with the issue; therefore people have to be cooperative and responsible. “We are 100 million citizens. We have to take this matter seriously and cautiously to get out of it peacefully.”

During his speech, Al-Sisi also praised the efforts of Egyptian doctors and medical staffs in combating the coronavirus, describing them as “the heroes of the war against coronavirus.”

In the meantime, he praised media outlets for covering the crisis, demanding them to raise awareness of necessary hygiene habits among the people.

In a similar context, Major General Khaled Shaltout, the Armed Forces’ chief of staff for water administration, was announced died on Sunday due to complications resulting from COVID-19 contracted while participating in efforts to curb the spread of the pandemic, according to a statement issued by the Armed Forces

COVID-19 numbers are relatively dropping compared to last week, as the ministry registered 29 new infections Friday and 46 others Thursday.

Egypt’s government has been taking several measures to curb the outbreak of coronavirus across the country, as the pandemic is spreading in more than 100 countries around the world, with more than 322,000 infections worldwide.

The Ministry of Transportation also said it made sterilisation and disinfection operations in train and metro stations.

Following repeated popular calls, Ministry of Endowments decided on Saturday to shut down all mosques and churches nationwide to limit public gatherings for two weeks. Egypt’s Coptic Orthodox Church also shut down all churches and halted all masses, activities and ceremonies for two weeks as part of efforts to contain the Covid-19 spread. The decree excludes funerals limited to small numbers of family members.

Earlier, the government suspended flights, schools, and universities, and closed cinemas and theatres. It also announced the closure of all restaurants, cafes, casinos, nightclubs, and shopping malls from 7 pm to 6 am daily until 31 March. The decision excludes pharmacies, bakeries, and grocery stores.