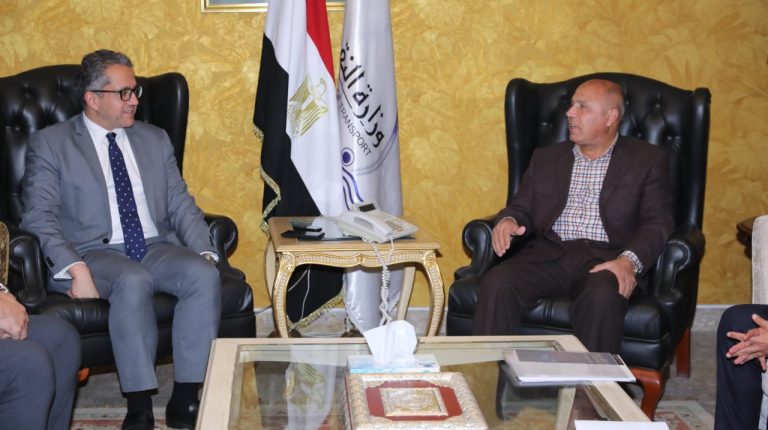 Minister of Tourism and Antiquities, Khaled Al Anani met with Minister of Transport Kamel Al-wazir on Monday, where they agreed on studying operating tourist overnight sleeper trains between Luxor and Hurghada.

The project aims to connect both the beach and the cultural tourism through linking the cities of the Red Sea with the Nile valley.

This comes as part of Egypt`s new tourism programme “Come to Egypt,” which would include both cultural and beach tourism models through linking the Red Sea with the Nile Valley, using internal flights and sleeper trains.

Al-Anani told Daily News Egypt earlier that tourists in Egypt used to choose between enjoying cultural tourism in Luxor and Aswan, or recreational tourism in the Red sea, but this about to change.

During the Monday meeting, Al-Wazir indicated that the ministry has a plan to renew and raise the efficiency of the Abu Tartour-Qena-Safaga-Hurghada railway. He pointed out that it is a strategic project that would serve both mining and passenger transport, contributing to the development of the New Valley and the governorates that the railway passes through.

Commenting on that decision, Hesham El Damery, the former president of the Tourism Promotion Authority praised this decision.

He told Daily News Egypt that providing a method of transport between two tourist cities in the Red Sea and Nile valley would encourage the tourist companies to create new programmes that would connect cultural and beach tourism through a cheaper alternative than flights. “Which will support the tourism activity in Egypt and have a positive impact on the national economy,” El Damery said.

Al Anani said that the meeting tackled several ways to improve the cooperation and coordination between the two ministries.

Al-Anani said that the Minister of Transport directed the ministry’s specialists to provide all the necessary facilities to serve the tourism sector.

During the meeting, the efforts of the Ministry of Transport in developing various road networks in Upper Egypt to serve citizens and tourist areas were reviewed, as well as the ministry’s efforts to develop the Nile and marine ports, so that they would contribute to bolstering tourism activity.