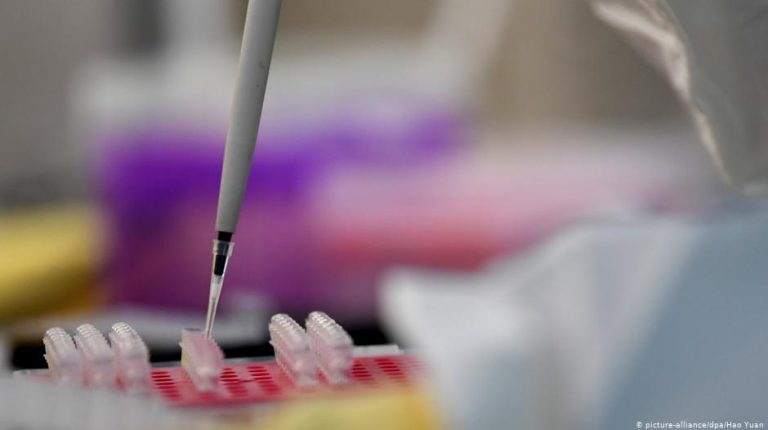 As the world races to develop vaccines and testing technologies for the novel coronavirus (COVID-19), Egypt’s National Research Centre (NRC) said that a team of researchers are working on producing a vaccine for the extremely contagious disease.

About two weeks ago, the novel disease which has emerged in China in late December 2019 was designated as a pandemic by the World Health Organization (WHO).

Earlier, Mohamed Ahmed Ali, professor of virology and director of the Center for Scientific Excellence at the NRC, said that the Chinese drug against the Coronavirus shows potential as a successful treatment. He further added that reaching a vaccine to prevent COVID-19 is not a significant obstacle but the problem is the time needed for trials os vaccine on those who are infected.

Chinese health authorities have used the “favipiravir” an antiviral drug being developed by Toyama Chemical (Fujifilm group) of Japan. The drug has produced encouraging outcomes in clinical trials on 340 patients in the Chinese provinces Wuhan and Shenzhen, according to Zhang Xinmin, an official at China’s science and technology ministry.

Zhang said that the medication had a high degree of safety and is effective in treatment.

The drug which is also known as Avigan has caused improvements in lung condition in about 91% of treated patients, compared to 62% of those without the drug, depending on the results of the chest X-rays conducted on the patients.

There are many clinical trials are underway in the US, France, UK, Russia, and France, but according to scientists the process of making vaccines usually takes a decade or more between development, safety testing and manufacturing.

Diagnoses and testing are also a significant element in the battle against COVID-19 and among the recommended experiences is the Icelandic experiment which comes as the example for other nations. The small island nation of 364,000 population is carrying out large-scale testing among its general population.

What makes its experience significant is that Iceland is carrying out tests for all citizens including those who show no symptoms of the disease.

In an opinion piece published in Nature, a researcher has called on scientists not to skip animal testing and maintain safety checks in the development of coronavirus drugs.

Prof Shibo Jiang, a virologist at the School of Basic Medical Sciences, Fudan University, China, and at the New York Blood Center, US, gave the reminder that vaccines for measles, polio and influenza all met the requirements of regulators and the same should follow for Covid-19.

His remarks came as Moderna Therapeutics, a US biotechnology company, began the first human trials of a potential Covid-19 vaccine without testing for any immune response in animals.

“Testing vaccines and medicines without taking the time to fully understand safety risks could bring unwarranted setbacks during the current pandemic, and into the future,” Jiang said.

Moreover, the European biomedical sector is pouring its resources into a search for a COVID-19​ vaccine. Animal research is a vital part of that effort often with testing on monkeys, ferrets and mice.

Avigan yet to arrive, we can judge before trying it: Health Official