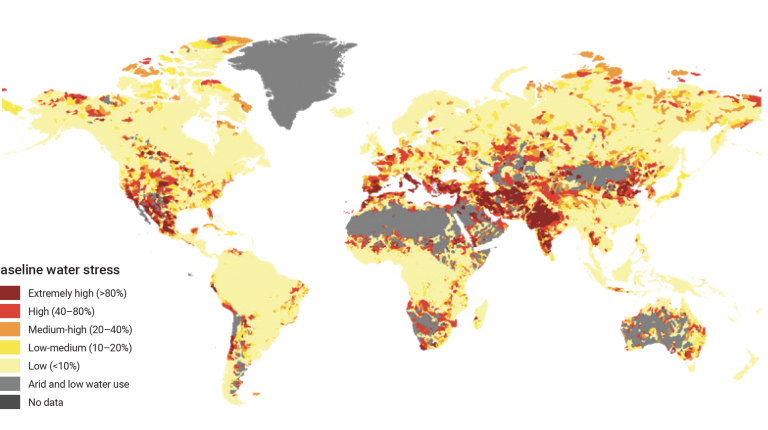 With the spread of the coronavirus globally, the most important advice given by the World Health Organization (WHO) to minimise risk of infection is to follow good personal hygiene habits, like washing hands constantly, which we may find boring, but accessible anyway. You only need to go to the nearest water tap in your home, business, or even a worship place and wash your hands easily. But the latest United Nations (UN) water report suggests that the most basic human right – access to clean water – may be a distant dream for billions of people.

The United Nations Global Report on Water Resources Development for 2020, titled “Water and Climate Change”, was released on Monday. It indicated that climate change will threaten the availability, quality, and quantity of water needed for basic human needs, thereby undermining the enjoyment of simple rights to drinking water and sanitation for billions of people. The report warned that 52% of world population are expected to “lose access” to safe drinking water and sanitation by 2050 due to the climate change.

The report expected that the decline in water resources will hinder the achievement of the 6th goal of the UN 2030 Sustainable Development Plan. This goal stresses the need to ensure access to safe drinking water and sanitation for everyone within 10 years. About 2.2 billion people currently have no access to safe drinking water, while nearly 4.2 billion people lack safe sanitation, an estimated “55% of world population,” according to the report.

Worldwide water consumption has increased sixfold over the past 100 years and continues to grow steadily at a rate of 1% per year due to the increasing population, economic development, and changing consumption patterns. It is estimated that climate change, along with the increased frequency and intensity of extreme weather events, such as storms, floods, and droughts, will exacerbate the situation in countries already suffering from water stress and generate similar problems in regions that were not severely affected.

Water quality will also be negatively affected by high water temperatures and low dissolved oxygen therein, which results in low self-purification capacity for freshwater bodies. The risk of water pollution and disease caused by floods or high pollutant concentration during droughts is also increasing, as climate change is expected to cause shifts in seasonal water availability throughout the year in several places.

Richard Conner, the report’s editor-in-chief, explained that despite global interest in measures to adapt to the risks and impacts of climate change, water resources suffer from severe under-financing on actions to mitigate these impacts and find appropriate alternatives to deal with climate change causes such as reducing greenhouse gases.

He added that achieving the 6th goal of the Sustainable Development Plan will be nearly impossible in the event that spending on water management globally does not increase by three times the current spending to reach $114bn a year. “This includes spending on infrastructure projects needed to purify water, fog harvesting, and diverting technologies, as well as protecting wetlands, which is one of the most important things the report stresses,” said Conner.

Arab world to be affected

Many countries will be affected by the climate change impacts on water, but the effect is most pronounced in the tropics and arid regions where most developing countries are located, with possible impacts described by the report as “appalling” on small island states “that can be erased from the world map.” Major river basins in the world will also be affected, including the Nile River Basin in Africa and the Tigris-Euphrates in Iraq.

The report’s authors divided the world into regions according to degrees of abundance and stress, including the Arab region which was mentioned in the classifications of the Middle East and North Africa. Jordan was mentioned as one of the most affected countries by water stress in the world, in addition to being one of the most successful experiences in managing its “scarce” water resources. The report also touched on Mauritania and Tunisia which have incorporated climate-related water challenges into their development plans.

Deserts make up more than 80% of the area of ​​the Arab world, and these areas are distinguished by the fact that the annual precipitation amounts do not exceed an average of 200 mm, which places them among the most arid regions of the world.

Ahmed Qenawy, a researcher and assistant professor of physical geography in Mansoura University, said climate Change comes as one of the factors affecting water insecurity in most countries of the region, especially since a large part of its rain is classified as thunderstorm and concentrated in a few days every year, which adds difficulties and challenges to the possibility of predicting and then benefiting from it.

He explained that the most affected regions by climate change, and thus water shortage, in the Arab world are the Fertile Crescent (Syria, Iraq, and Jordan), the Horn of Africa (Somalia and Djibouti), as well as Yemen. What aggravates the problem in those regions is the little amounts of rainfall, high rates of population growth, urbanisation, lack for infrastructure, and armed conflicts.

“The effects of climate change also appear in Saudi Arabia, the United Arab Emirates, and Oman, but the hydrological effects of these climate changes seem less severe than in the rest of the region,” the researcher added.

The report expected that half of the agricultural lands in the Arab world, especially in Egypt, Iraq, Morocco, and Yemen, will be affected by the impact of climate change on water. The Arab region is also expected to lose about 6% of GDP by 2050, as temperatures are likely to rise by 4-5 degrees Celsius.

While Conner stressed the need to increase spending on climate change mitigation measures, Osama Sallam, a researcher at the National Center for Water Research, said wastewater treatment and flood risk management, as well as integration between mitigation and adaptation and between sustainable development and climate policies would be effective solutions. The linkage between water, food, and energy; and the inclusion of climate change in national strategies, policies, and programmes may be appropriate solutions as well, according to Sallam.

For his part, Qenawy stressed the necessity of more work on infrastructure projects for water harvesting projects, and the adoption of green (clean) environmental policies to preserve the quality and quantity of water, especially in urban environments, and increasing water awareness among the local population. He further called for using modern technologies to select suitable sites for building reservoirs and dams.

“Constructing small and medium-sized dams in the areas of desert basins that witness large water flows occasionally, activating modern irrigation methods, and integration between the countries of the region to manage shared water resources, are also significant parts of the solution,” Qenawy concluded.