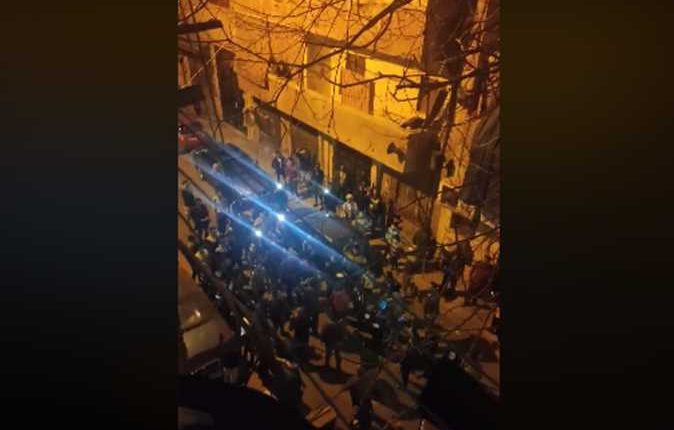 Dozens of residents of the coastal city of Alexandria marched at night because of the novel coronavirus outbreak. The march raised wide reactions and humorous comics on social media.

Videos shared on Twitter over Monday night showed dozens of Alexandrians walking on the streets while others in their shouting “Allahu Akbar” (God is Great) through speakers, and praying to save people from the pandemic that is spreading across more than 100 countries. The march reportedly took place in Sidi Bishr and Asafra neighbourhoods in Eastern Alexandria.

The march caused a stir because the government is already urging citizens to stay home and avoid public gatherings to limit the spread of coronavirus. Security forces broke up the march.

Other videos showed residents praying together from their balconies and windows, some used speakers, asking Allah to save them and fellow citizens from being infected with the disease.

A hashtag dubbed “Alexandria” has been trending on Twitter as users shared humorous comics and memes commenting on the event. Some users praised the concept of praying to God from homes but criticized that some walked out in groups in the streets at night amid fears of coronavirus.

Health Ministry spokesperson said on Sunday that the disease spread in 24 governates across the country. The ministry announced on Tuesday new 36 infections of coronavirus in Egypt, including one death. The announcement brought the country total to 402 including 20 deaths.

The government has taken several strict measures to curb the spread of COVID-19, including enforcing a night-time curfew, suspending schools, flights, and a partial closure of all restaurants, cafes, casinos, nightclubs, and shopping malls from 7 pm to 6 am daily until 31 March. The decision excludes pharmacies, bakeries, and grocery stores.

It also ordered mosques and churches to shut their doors to worshippers, urging people to stay home and commit to personal hygiene best practices and medical instruction