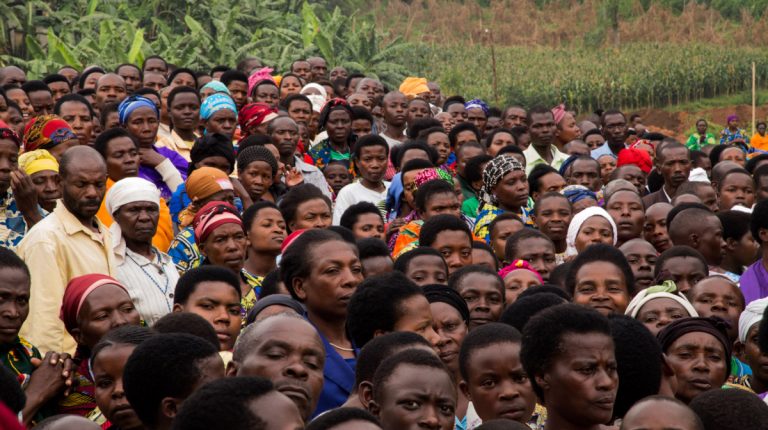 Forgiveness: The Secret of Peace is a documentary film which discusses the life and work of Father Ubald Rugirangoga in depth, who is a Catholic priest in Rwanda. In the film, he shares his message of forgiveness, and talks about the road he took to find reconciliation and peace within himself.

Rugirangoga, like thousands of Rwandan people, was involved in the 1994 genocide. Afterwards, he has been preaching forgiveness among his fellow Rwandans in order for them to heal from the unspeakable horror of what is now known as one of the most horrible tragedies in human history.

The Rwandan genocide took place during the war which began in October 1990 between the Rwandan government forces and the predominantly Tutsi Rwandan Patriotic Front (RPF), based in Uganda. The RPF had been formed by Tutsis exiled in Uganda after they or their parents fled ethnic massacres including ones in 1959 and 1963.

As the conflict escalated, the Rwandan government called on its supporters to help attack anyone identified as a supporter or a potential supporter of the RPF. This became a deliberate strategy to kill Tutsis in order to maintain power.

On 6 April 1994, a plane carrying the Rwandan President Juvénal Habyarimana and the Burundian President Cyprien Ntaryamira was shot down over Rwanda’s capital, Kigali, triggering ethnic killings on an unprecedented scale. Tutsis and Hutus, who opposed the organised killing and the forces that orchestrated it, were massacred.

In the church which was presided by Rugirangoga, Tutsi victims were slaughtered by Hutu executioners, who were fellow worshippers and parishioners in the same church with their Tutsi victims. The film follows how Rugirangoga escaped from the church as he was a wanted person to the extent that he could have been killed. He escaped to Congo and eventually to Europe.

However, after the country reached peace, Rugirangoga returned home preaching that only through forgiveness, peace will be attained. From the film, it is clear that both of the previously conflicting sides are still traumatised from the tragedy, both survivors and perpetrators thrive to get the rock off their chests.

After watching the film and hearing the testimonies of the victims and the perpetrators, one can conclude why the country’s residents are eager to move on and never let ethnic divisions tear the country again.

Although the documentary film portrays the transition and the situation of the people of Rwanda, the film’s theme is universal and can be applicable to

people in different contexts all over the world, whatever the horrors or accidents they have been through, as within every hour in the modern world, hundreds of people are subjected to different kinds of injustices whether they are based on class, sex, gender, sexual orientation, political affiliation, or religion.

The film’s relevance is crucial as the world, and especially the Middle East, ought to go through similar phases after the partial defeat of jihadist groups in Syria, Iraq, and Libya. Thousands of people joined these groups and now they have returned back to their communities. So, the question is whether they will be able to live with families of their own victims again. And the opposite is true.

Another reason why this film is important is that even 20 years after the genocide, the international community has collectively failed to act on the lessons from the catastrophe. Over 20 years later, echoes of the events in Rwanda are reverberating in the Central African Republic (CAR) and South Sudan – and beyond. Tension in the CAR and South Sudan mark the continued failure of regional and international efforts to deal with current conflicts in Africa, as in CAR, ethnic cleansing takes place on a massive scale. In South Sudan too, individuals have been killed or raped because of their ethnicity and assumed political affiliation.