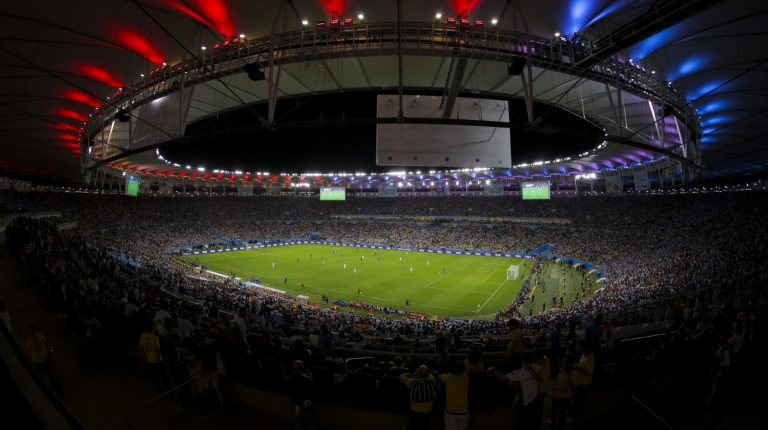 In the densely populated cities of Sao Paulo and Rio de Janeiro, the cities with the largest number of confirmed cases and deaths. As of Wednesday morning, Brazil has 2,247 confirmed infections and a death toll of 46.

The authorities in Sao Paulo, Brazil’s largest city, have confirmed that they will accommodate 2,000 hospital beds to the Pacaembu Stadium and the Anhembi convention centre over the next few weeks.

On Friday, Health Minister Luiz Henrique Mandetta predicted the virus would reach its peak in the country between April and June, anticipating a drop in COVID-19 infections from September.

Mandetta warned the health system in the country of 210 million people could reach saturation by the end of April.

Also, the iconic Maracana in Rio de Janeiro — host of the 2016 Summer Olympics and Paralympics and the 2014 FIFA World Cup final — will be transformed to accommodate the rising number of cases in the South America country. Flamengo President Rodolfo Landem, the holder of the local league title and the Copa Libertadores continental competition, confirmed that he would present the famous Maracana stadium to health authorities.

“In this grim moment, I wanted to invite our great Red and Black nation to renew hope and work for better days. Let us take care of our elders, help those who need it most,” Flamengo president Rodolfo Landim wrote in a message to supporters.

Other clubs have offered their facilities to tackle the spread of the coronavirus outbreak, including Corinthians, Santos, Sao Paulo and Goias, which said it would offer its Serrinha stadium as a vaccination centre.

The Brazilian Football Confederation suspended all football last week, amid the coronavirus pandemic.