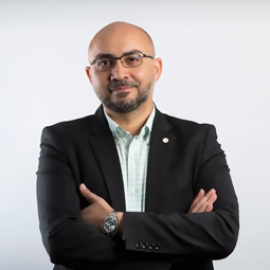 Mohamed Okasha, co-founder of Fawry for e-payments, announced on Thursday that he will establish a $25m venture capital (VC) fund to invest in financial technology (FinTech) startups which are in Pre A stage.

He also resigned from his position in Fawry as managing director, but he will stay in the company as non-executive board member.

Okasha told Daily News Egypt that the fund aims to invest in FinTech-focused startups to help them grow rapidly in exchange for a minority stake of equity — less than 50% ownership — in those companies.

He noted that the promotional campaign of the VC fund will be launched after the end of the coronavirus crisis (estimating the period at two months), and that he will take over the promotion with other partners without investment banks.

Okasha refused to disclose Fawry’s or other partners’ shares in the fund, saying that Fawry will have a minority stake.

Meanwhile, Fawry said in a statement that its board had accepted Okasha’s resignation effective from 1 April, and appointed Ashraf Sabry as managing director. In addition, the company agreed to invest in the new fund.

Watch iT! launches e-payment service for its customers