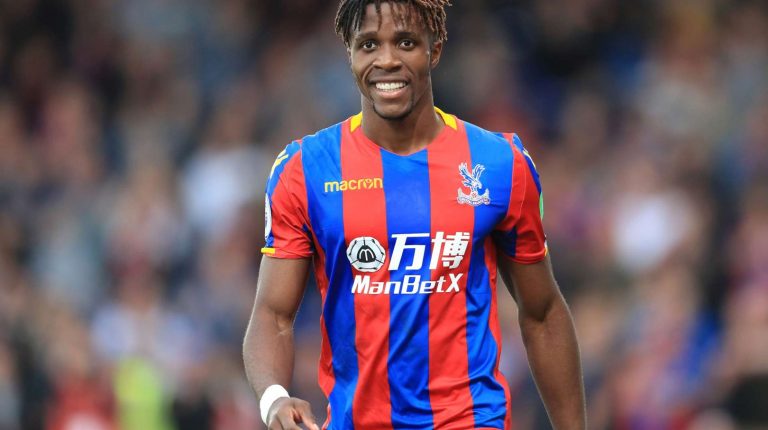 As the coronavirus pandemic swept the world, affecting millions around the globe, it has brought out the best in some people.

With the footballing world put on hold as a result of the COVID-19 pandemic, footballer joined the fight against the pandemic, helping out those on the frontlines of the battle against coronavirus.

Top footballers in Europe, Egypt, and elsewhere donated large sums of cash to help fight COVID-19. Also, football club owners, as well as clubs, have transformed their facilities into centres critical to the fight against the virus.

The Polish Bayern Munich striker, Robert Lewandowski, and his wife Anna Lewandowska decided to donate €1m to fight the coronavirus.

“Today we all play in one team. Let’s be strong in this fight and be unanimous,” Levandowski said. “If we can help someone, let’s do it.”

He added: “The situation affects each of us, we do not choose, so once again we ask: Let us follow the recommendations, listen to those who know each other well. Let’s be responsible.”

Mats Hummels, Jonas Hector, Julian Draxler, Leroy Sane, Julian Brandt, Sead Kolasinac and a host of other high-profile footballers have also joined the initiative which has now raised €2.5m, which will be channelled to the relevant health organisations in Europe.

In England, the Ivorian Crystal Palace striker Wilfried Zaha has offered free use of 50 properties to NHS staff who are battling the coronavirus outbreak.

While, Liverpool forward Sadio Mane made a donation of around €45,000 (Sh5.1 million) to the national committee fighting the COVID-19 in his home, Senegal, according to BBC.

Manchester United legends, Ryan Giggs and Gary Neville decided to will give health workers free access to their hotels from this weekend in a show of solidarity during the coronavirus outbreak. Chelsea has also opened the Millennium Hotel at Stamford Bridge to NHS staff for an initial two-month period.

While Manchester clubs, Manchester City and Manchester United have joined forces to donate a combined sum of £100,000 to local food banks.

In response to an initiative launched by the fans of the two teams, each team decided to provide £50,000 in favour of the Trussell Trust which supports a network of over 1,200 food bank centres

A joint statement of the two clubs said: “We are proud of the role our supporters play in helping local food banks and recognise the increased strain likely to be placed on these charities by the impact of coronavirus.”

It added: “At a time of challenge for our community, we are pleased to come together with our fans to help vulnerable members of society in a City United.”

Milan striker Zlatan Ibrahimovic has set up an online fundraiser to help fight the coronavirus pandemic – and pledged €100,000 to the cause himself.

Ibrahimovic said on his Instagram account: Italy has always given me so much and, in this dramatic moment, I want to give back even more to this country that I love,” he said in a video message to launch the fundraiser. “I count on the generosity of my colleagues, of all professional athletes and of those who want to make a small or large donation according to their possibilities, to kick this virus away. Together we can help hospitals and doctors and nurses who selflessly work every day to save our lives. Because today we are the ones cheering for them!”

Belgian striker Romelu Lukaku of Inter Milan has donated €100,000 to a Milan hospital to fight the coronavirus pandemic.

In a Twitter video, Lukaku said: “At this difficult time we have to stay united and stay at home. Italy is an incredible country that has done so many good things for me and my family. That’s why I want to help this country by donating €100,000 to the San Raffaele Hospital. It would be great if you could help support the people and the hospitals too. Let’s stay united and stay strong everyone.”

In Egypt, Tarek Hamed, midfielder of Zamalek, topped the Arab stars in donation campaigns to eradicate the virus, and the list also included Moroccan Achraf Bencharki, Tunisian Fakhreddine Ben Youssef of Ismaily, Moroccan Walid Azaro, striker of Al-Ahly loaned to the ranks of the Saudi Ettifaq FC, and Moroccan Hamid Ahadad, Zamalek winger loaned to the ranks of Raja Al-Maghrabi.

Saad Samir, Al-Ahly’s defender, launched a campaign to sponsor several families affected by the Coronavirus and torrential rains that hit the governorates of Egypt recently. The campaign picked up momentum and other celebrities joined.