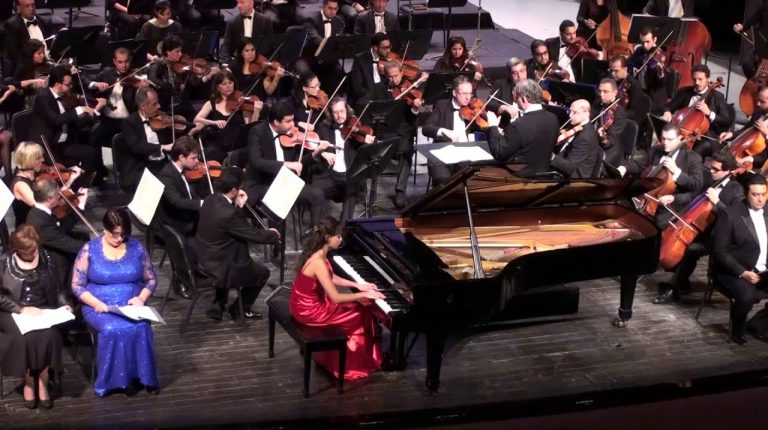 The Egyptian Ministry of Culture has encouraged social distancing to slow the spread of the novel coronavirus (COVID-19) pandemic. This has led to the cancellation of many large cultural and sports gatherings.

Egypt imposed night curfew, fully closing the shops during weekends, and halting all music venues, festivals, and domestic tourism. Afterwards, dozens of brand new live concerts emerged, which can be watched via live stream from the safety of your couch during this weekend.

Several Egyptian artists joined the movement including Ali El Haggar, Tamer Ashour, and Tarkeba band. Here are all the shows people can stream this weekend:

The ministry of culture is offering on its YouTube channel a concert by the iconic Egyptian musician Omar Khairat. The concert will start at 9 pm and will be available for the public to watch anytime after the first broadcasting.

The veteran artist announced online concerts to his fans on his  Facebook account, to overcome the crisis and the cancellation of concerts limiting large gatherings. He promised his followers to present a programme Saat Tagaly (an hour of manifestation) bringing back old songs from his studio.

In a Facebook video, El Haggar said that it is “an opportunity that we are staying at home. I will launch a new programme in the private studio in my house called Saat Tagaly. “

The ministry of culture will showcase the theatrical play Ahlan ya Bakawat (Welcome Gentlemen), by the renowned late playwright Lenin El Ramly, on its official YouTube channel at 9 pm

The play features two friends who travel back in time, to the eighteenth century and the reign of the Mamelukes so they think about warning people about the future but they face many difficulties in their mission.

The Egyptian Tarkeba band announced that it will play in a live concert every Friday starting this weekend. This follows the cancellation of several concerts, encouraging many artists to perform online, amid the COVID-19 pandemic.

“In light of the circumstances we are facing and the boredom that people go through, we, the Tarkeba band, would stream a small online concert for all the people via our YouTube channel,” said the band.

Last Friday, Massar Egbari rock band streamed the first online concert on the band’s channel on YouTube, as part of a series of concerts announced by many Arab singers to reduce gathering.

Egypt will launch the first Online International Theatre Festival between 27 and 30 March. The festival normally brings theatrical activities to Upper Egyptian governorates every year. Holding many creative activities in towns and villages.

The brainchild of theatre maker Hytham Elhawary launched the festival online instead of postponing the 5th edition of the Youth of the South Theatre Festival (YSTF), which was scheduled for April.

This initiative comes as a response to the shutdown of all activities involving large gatherings in the country.

“Due to the circumstances we are all going through, we had to postpone the 5th edition of the Youth of the South Theatre Festival (YSTF). ‘Why not go online,’ I thought. Isn’t it a suitable way of keeping in touch with all theatre practitioners and our audiences?” Elhawary, who is also the YSTF’s president, told Ahram Online.

According to Elhawary, the online festival accepts entries from all around the world until 26 March and the chosen plays will be presented between 27 and 30 March on the online platforms of the YSTF and the Tunisian festival. The plays’ duration should not exceed 60 minutes.

According to Elhawary, the festival will present three plays daily, and plays will be uploaded online with a discussion option available for the audiences.

Egypt’s Ministry of Culture will present an online concert by Cairo Symphony Orchestra on 28 March at 9 pm with the solo pianist Ramzi Yassa.

The concert comes as part of the initiative “Culture At Your Fingertips” launched by the ministry to present online symphonies, plays, and ballet for the public.

Artist Tamer Ashour had also announced that he would perform an online concert through his official YouTube channel.

In an attempt to communicate with his fans while following the necessary precautions against coronavirus, Ashour wrote on Twitter: “I decided to do a live concert on YouTube, you can watch it in your home and request songs that you want.”

He said that the time and date of the concert will be announced soon, confirming that the concert is to be held during weekends without giving any further explanation.

Cardo plans to expand into Saudi market in early 2019