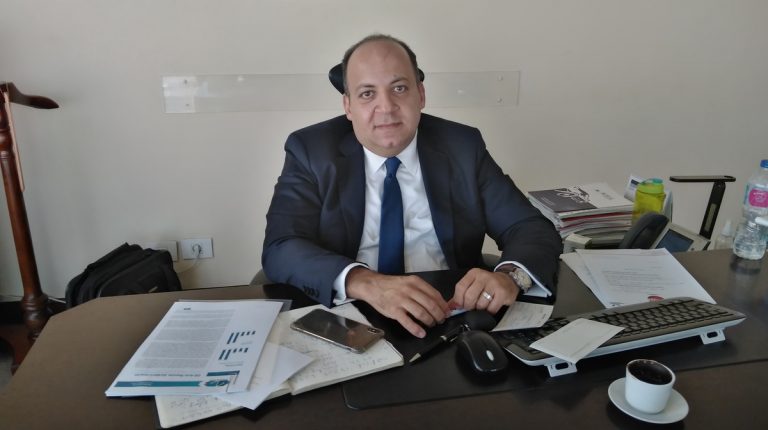 The automotive sector has been affected by several government decisions in recent weeks against the negative repercussions of the coronavirus.

The Central Bank of Egypt (CBE) decided to reduce interest rates by 3% to support various sectors and compensate companies for the potential economic losses due to the coronavirus. Many automotive sector experts see the decision as negative, especially in light of other decisions that have rocked car sales. The most important of these has been the Ministry of Interior’s decision to suspend the issuance of new car licences from 19 March to 16 April.

Ahmed Osama, managing director at GB Auto’s Drive, refrained from speculation on the positive effects of the CBE’s recent 3% decrease on interest rates. The CBE’s move comes in light of the current conditions in Egypt, and the suspension of new car licences.

He explained that the company is considering developing marketing plans and incentive programmes to encourage consumers to accept auto loans and provide the best services with stable conditions. Osama said the company is committed to implementing all CBE and Financial Regulatory Authority (FRA) decisions where the company is still offering new loans. This is despite the decision to postpone consumer loans’ instalments for six months.

Osama added that Drive plans to use electronic payment channels and digital applications in its financial dealings in line with government trends. He also said that electronic payments push development and advancement under the current emergency conditions.

He highlighted the high rates of demand for auto loans during the first quarter of this year before the emergence of the coronavirus. Osama added that this is evident in the car sales reports issued by the Automotive Marketing Information Council (AMIC), and he considers this a sign of recovery in auto sales.

Hisham El-Deeb, Director of Marketing at Abaza Auto Trade, said predicting the impact of the government’s decision to reduce interest rates on car sales is difficult. This is due to market uncertainties during this period, in addition to the failure of many banks to announce their interest rates on auto loans. He noted that sales could rise by 20% when the market stabilises.

He praised cutting interest rates, which contribute to a significant increase in car sales, as well as the positive effects of the decision on all economic sectors.

He added that suspending new licences is likely to reduce demand on auto loans, since the decision has forced many consumers to defer purchase of new cars.

He pointed out that liquidity is stable across car dealers, given the increase in sales in the first few months of the year by 15%.

Ali Hassan, General Manager of Auto Store for new and used cars, said the low interest rate is a good step for increasing car sales. The move will help the sector recover as soon as the market stabilises, projecting sales to rise by 25%.

He added that despite the largest percentage of car sales occur in instalments, the decision to postpone loan instalments for six months limits funding in the coming period. Hassan also said that it would be difficult to provide car loans and commence instalments after six months.

B Auto Chairperson, Ahmed El-Ghorab, said the interest rate cut would help sales rebound since 40% of transactions are through loans. He added, however, that the impact cannot be measured in the current conditions.

He noted that suspending licensing for new cars has pushed many customers to defer buying new cars, adding that many dealerships have closed while others cut capacity to 40%. He added that companies are now moving to digital transactions.

He explained that the decline in sales in the current period was unpredictable, especially after the boom in sales in January and February, which are often a stagnant period.

He noted that overpricing will denominate the market in the coming period, since the supply will be low as many dealerships cut their market share.

Montaser Zaytoun, Chairperson of Zaytoun Auto Mall and Egypt’s distributor of Skoda and Geely, said that cutting interest rates is only a temporary decision. This explains why banks have yet to announce their own interest rates, expecting the rates to drop by 1.5%.

He noted that suspending licensing has crushed sales in this period, causing market stagnation despite 1% of the customers still buying cars voicing concern that prices could rise in the coming period.