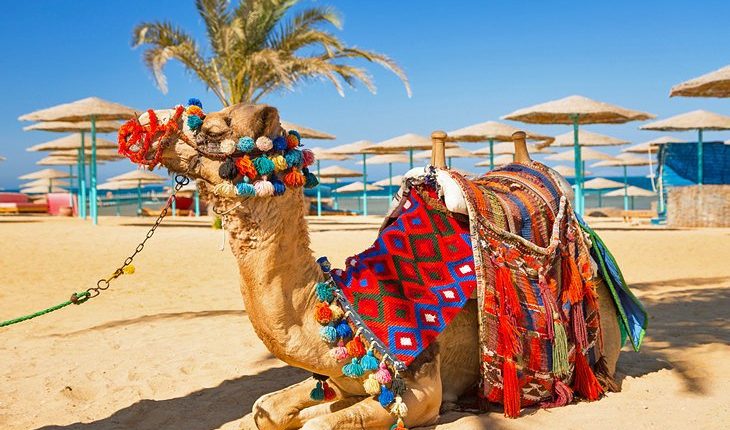 However, the number of tourists who visited Egypt in 2019 remains lower than the 2010 peak, in which 14.7 million tourists visited.

Egypt’s tourism sector has suffered a significant downturn following the 2011 Revolution, from which the sector suffered a devastating blow. The sector took further hits following the downing in Sinai of a Russian passenger plane in late October 2015 in which all passengers were killed.

Following the plane crash, Russia imposed a travel ban on Egypt, while the UK suspended all flights to Sharm El-Sheikh amid concerns over the airport’s security measures, banning travel to Sinai

The sector has, since 2018, begun to revive again, regaining its strong position as Egypt is strategically located on both the Mediterranean and Red Seas.

Experts attributed this steady improvement in the country’s tourism sector over the past year to Egypt’s 2018 implementation of the Tourism Reform Programme, which garnered fruit in 2019’s numbers.

Notably, in November, the Egyptian Ministry of Tourism launched a structural reform programme to develop the tourism sector aimed at creating sustainable tourism development. The programme was also aimed at raising the sector`s competitiveness in line with global trends, and to increase the number of workers in the sector.

The Ministry, through the ETRP, raised the slogan of employing at least one person from each Egyptian family either directly or indirectly in the tourism sector, to increase the sector’s contribution to GDP.

Rania Al-Mashat, Former Minister of Tourism and the current Minister of International Cooperation and Tourism, told Daily News Egypt in January 2019 that the ministry’s vision is based on reaching a sustainable tourism sector through implementing structural reforms which will strengthen the sector’s competitiveness, and are with international standards.

“My ultimate objective as the minister of tourism is to eventually have at least one individual from each Egyptian household working either directly or indirectly in the tourism sector,” Minister Al-Mashat added.

The minister noted that there is a structural reform programme which includes different pillars, such as institutional reforms, legislative reforms, promotion and marketing activities. There are also plans for infrastructural and tourism development, as well as the global trends programme.

In September 2019, Egypt published the first follow-up report to evaluate the ERTP’s success, which showed the achievement of over 80% of the programme’s goals. This was most notably investment in the human factor, raising worker efficiency, and increasing the sector’s global.

Egypt achieved the fourth highest global growth in performance in the tourism and travel competitiveness index according to a World Economic Forum for Competitiveness report. It was awarded the International Leadership Award for effective contribution to the global tourism industry by ITB Berlin.

Experts were expecting Egypt to break the $14bn in 2020, but after the spread of the novel coronavirus and the ensuing travel restrictions enforced by most countries, including Egypt, some have begun to voice concerns.

However, the World Tourism Organization (UNWTO) and the International Council for Tourism and Travel forecasts that both Egyptian and global tourism will return to normal levels within 10 months of eliminating the coronavirus.

The Central Bank of Egypt (CBE) has launched initiatives in recent weeks to support the tourism sector in the face of current conditions. It announced on Tuesday that it has decided to grant tourism establishments two-year loans and a six-month grace period to pay the salaries of workers. The decision will also allow for tourism establishments to meet their obligations towards suppliers and maintenance work.

On 8 January, the CBE launched an initiative supporting the local tourism, allocating EGP 50bn to financing tourism companies and facilities that aim to replace and renew hotels and transport fleets at a return rate of 8%. This was calculated on a declining basis. As part of the initiative, banks can grant credit facilities with a maximum two-year repayment period in addition to 6-month grace starting from the grant date, during which banks can capitalise unpaid interests.

For his part, Khaled Al-Anani, Minister of Tourism and Antiquities, said the state supports the tourism sector in the current crisis. He pointed to the postponement of the real estate tax on tourism facilities for about 3 months, which can also be paid in instalments. This comes in addition to the lifting of administrative reservations on all financiers who have a payable tax, of which they can pay only 10% of the tax owed to them.

Al-Anani added that incoming tourism to Egypt was stable until February when it rose by about 4% compared to the same period last year to reach 900,000 tourists. He noted that Egypt’s losses due to flight suspensions and airport closure could be up to a $1bn a month.