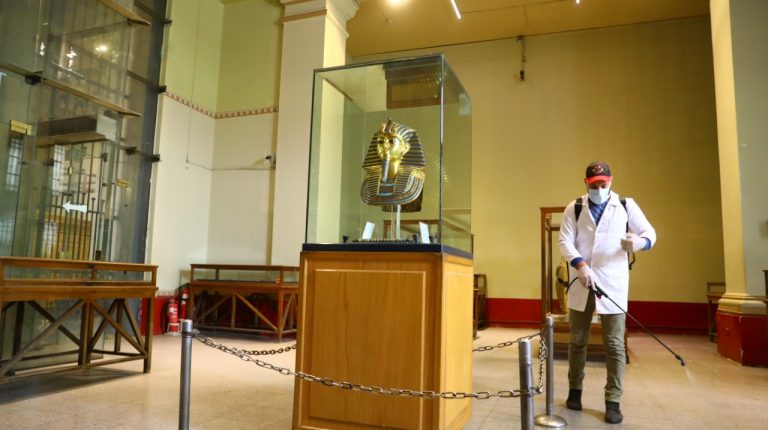 Egypt’s museums and archaeological sites will remain closed until 15 April, the Ministry of Tourism and Antiquities announced on Sunday. The move, already in effect for the past two weeks, is part of the state’s precautionary efforts against the spread of the coronavirus (COVID-19).

In a statement, the ministry added that during the closure period, it will continue its efforts to disinfect and sterilise all museums and archaeological sites nationwide. These efforts have included the Egyptian Museum, and the museums at Luxor, Aswan, and Tanta. Egypt’s armed forces have been disinfecting and sterilising several museums, archaeological sites, main roads and vital building in recent days.

The ministry originally announced on 21 March that it would shut down all museums and archaeological sites from 23 to 31 March. It added that it will hold awareness sessions for its field workers on ways to prevent coronavirus infection. The Ministry has also closed all restaurants, night clubs, health clubs and swimming pools in all hotels to outside guests.

Egypt’s government has taken several measures to stop the spreading of coronavirus in Egypt, as the disease already spread in 24 governates, according to the spokesperson of the Health Ministry.

The government has suspended flights, schools, universities and imposed a partial nationwide curfew, among other precautionary measures.

Egypt’s total number of coronavirus infections increased on Sunday to 610, with 40 deaths, and 132 recoveries.