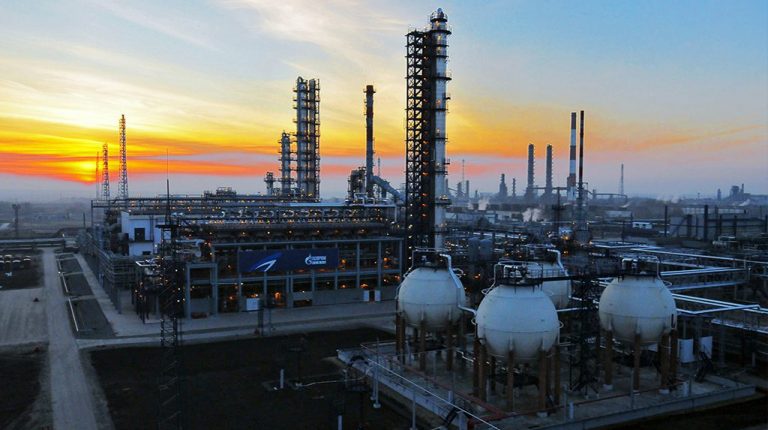 Oil and gas companies are cutting spending plans due to the coronavirus pandemic, with North American companies reducing spending by about 30% on average. Meanwhile, the oil price war between Saudi Arabia and Russia has seen production increase. Reference standard prices have fallen to more than half of what they were at the beginning of the year, decreasing to about $25 a barrel.

Daily News Egypt highlights the emergency plans of international oil and gas companies due to the current global events.

Norwegian company Aker BP will delay projects to reduce its planned capital expenditure for 2020 and spending on exploration by 20% due to the coronavirus but maintains its production guidelines.

Capital expenditure for this year will be reduced to $1.2bn and exploration spending to $400m, while in the period 2021/22, it is expected that capital expenditure will be “much less” than $1bn. The company said that its intention to pay dividends “remains constant”. The Aker BP board of directors, however, has still to assess the situation.

American Chevron said it would cut spending and reduce its short-term oil production, while setting its capital expenditure for 2020 at $20bn.

Norwegian DNO, operating in Iraq’s Kurdistan region, said it would reduce its budget for 2020 by $300m (30%). The company added that it will also lower its profit forecasts for the first half of the year.

Energean Oil & Gas said it would cut its Greece and Israel investments by $155m. Its budget in Egypt would see $140m cut if necessary, without jeopardising the delivery of long-term purchase deals.

Italian Eni followed its competitors by cancelling share repurchases and sharply reducing investments. It said it would withdraw its share buyback plans of €400m this year, adding that it would reconsider the repurchase when the Brent crude price is at least $60 a barrel.

EnQuest, which operates in the North Sea, aims to stand at $38 a barrel and does not expect to restart the Heather and Shuk/Deveron fields, which produced 6,000 barrels of equivalent oil per day (BOEPD) last year. It is reducing operating costs by 30% to $375m, and investment reduced by $80m to $150m, with an expected reduction in output next year.

Equinor has suspended its ongoing $5bn stock buyback programme, and has said it will cut total spending for 2020 by $3bn. This includes a reduction in capital spending to $8.5bn from previous plans ranging between $10-11bn, and a postponement in drilling activities in its US onshore concessions.

ExxonMobil said it would make significant spending cuts, having previously budgeted $30-33bn for projects in 2020.

Genel, which operates in the Kurdistan region of Iraq, said it could generate a cash surplus at an oil price of $40 a barrel. The company also said that it would be flexible at an oil price of $30 a barrel, and would continue to pay dividends of $0.10 per share. Genel said it could cut investment to $60m this year, but the expected value is $100m less than the previous estimate of $160-200m. Its production costs are $3 a barrel. No payments have yet been received from local production authorities in October and November 2019.

Gulf Keystone, a company that focuses on Kurdistan, has suspended some drilling activities in the northern Iraq region.

Kosmos Energy has suspended its earnings, and said it aims to cut capital spending for 2020 by 30%, with the aim of gaining a neutral cash flow at an oil price of $35 a barrel.

Lundin Petroleum decided to cut its proposed profits for 2019 by 44%, and said it would cut its total exploration and spending capital for 2020 by an initial $170m.

Oil Search has reduced its investment focused on New Guinea in 2020 by 38%, and capital spending by 44%.

UK’s Premier Oil said it has identified no less than $100m in potential savings on its capital spending plans for 2020.

Royal Dutch Shell has reduced capital spending for 2020 by about $5bn, and suspended the next tranche of its buybacks plan as the company tries to overcome a blow from the recent collapse in oil prices.

With a price of $30 a barrel, Total said it would now target organic capital spending cuts in excess of $3bn, especially in the area of exploration. The company will target operating cost savings of $800m, compared to 2019, instead of the previously announced $300m. Total added that it will suspend its stock buyback programme worth $1.5bn.

Tullow Oil said it would cut its investment budget by about a third to $350m in 2020, and cut spending on exploration, the group’s historic focus, by nearly half to $75m. It said lower oil prices could jeopardise a $1bn asset sale plan to refill its coffers, which increases the risk that the group’s lenders will be reluctant to agree to the necessary loans to support its future.

Wintershall said it would cut its investments in 2020 by a fifth to €1.2bn ($1.3bn), and suspend its dividends until further notice.

Woodside, Australia’s largest independent gas producer, said it would cut its total spending for 2020 to $2.4bn, besides reducing investment spending by 60% to about $1.8bn.