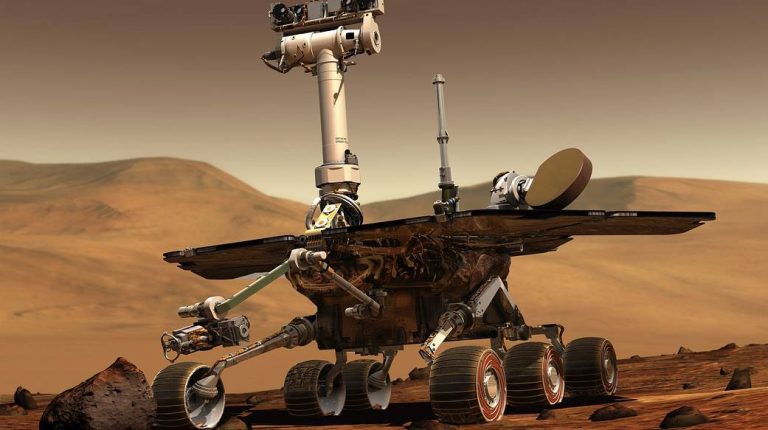 Mars’ mantle contains at least two distinct hydrogen-isotopic reservoirs dating back about 3.9 billion years, researchers say in a Nature Geoscience paper published on 1 April. Challenging previous research, the authors propose that Mars’s mantle might not have been homogenised by a global magma ocean after it formed.

The authors also found that Mars’s crust contains roughly 35% of the planet’s total water. In the paper, they outline the water’s relative H-isotopic consistency over the first 660 million years of Mars’s history.

The researchers chemically analysed the meteorite, known as Northwest Africa 7034 or Black Beauty, to reconstruct Mars’ water history and planetary origins. It was formed when a huge impact cemented various pieces of Martian crust, and the infamous Allan Hills 84001 meteorite – controversial in the 1990s for allegedly containing Martian microbes.

The authors suggest that the Martian mantle is chemically heterogeneous with multiple water reservoirs. It was poorly mixed during accretion, differentiation and its subsequent thermo-chemical evolution.

“We have been investigating the history of water in the crust of Mars. Our results suggest that, unlike previous studies, water in the Martian crust is decoupled from the evolution of the Martian atmosphere and that the crust of Mars has had a pretty consistent hydrogen isotope ratio over its history,” says Jessica Barnes, Professor of Planetary Science at the University of Arizona’s Lunar and Planetary Laboratory. “That ratio lies between the current composition of Mars’ atmosphere and what is believed to be the Martian mantle value.”

Barnes, the paper’s lead author, added that she and her team dug deep into the literature to investigate how the crust could have such a composition if the mantle is homogeneous and with a low D/H ratio, as previously thought.

“We found strong evidence that the interior of Mars is probably not homogeneous, but rather has two different H isotope compositions that can be related to two geochemically different types of Martian basalts,” she said. “These results are at odds with the idea that Mars had a global magma ocean and hint to multiple sources of water in Mars.”

These findings are important for a geological reconstruction of Mars’s history regarding water and understanding the planet’s past habitability, Barnes added.

“There is large disagreement in the community about how to interpret H isotopes from Mars meteorites, so some people might not like our interpretations,” Barnes said.