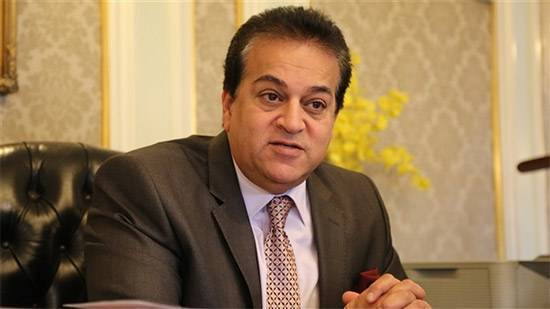 University second-semester exams will not be cancelled, but the study will not resumed until the end of the coronavirus outbreak, Khaled Abdel Ghaffar, Minister of Higher Education and Scientific Research, said on Monday.

The midterm exams were cancelled, but final exams are to be held at the end of May. There is a possibility to postpone the exams until September or the end of the year if the crisis carries on, Abdel Ghaffar said during a televised phone interview.

He stressed that students have no option but to take final exams to pass the academic year. He added that there is no need to take an immediate decision for what may happen in the next few months, but the ministry has taken into account all possibilities and scenarios.

He also pointed out that Cairo University has over 4,000 courses, most of which are available online, and 75% of the university’s students have access to e-learning.

On a different note, Abdel Ghaffar said the country’s scientific research centres have already developed a ventilator enabling more than one patient to use the device at the same time.

After some modifications, the engineers in the scientific research centres succeeded to adjust the ventilators in order to provide oxygen for more than one patient at the same time, he explained.

Ventilator is one of the most important equipment to help patients with severe respiratory illness, such as Covid-19, assisting them in breathing process.

The minister stressed that the world is facing a huge crisis due to the shortage of ventilators but Egypt has enough medical equipment.