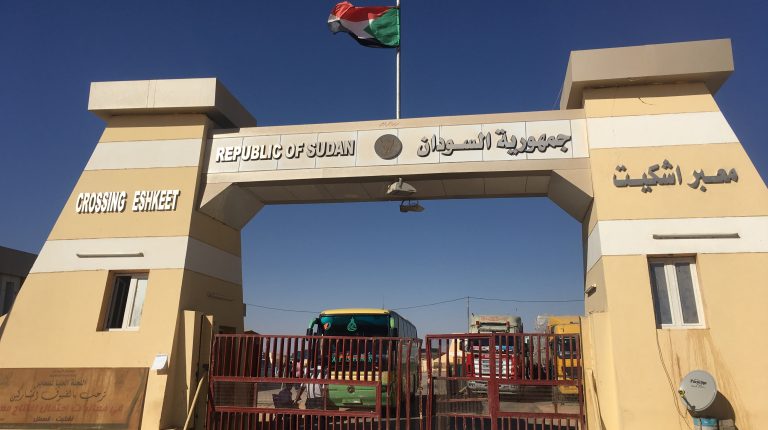 Sudan’s Ministry of Foreign Affairs has announced the closure of its Cairo embassy until further notice, after it was stormed by a number of Sudanese nationals, media outlets reported on Tuesday.

The ministry said that embassy staff will continue to perform their duties and intensify efforts until the situation of the Sudanese stranded in Egypt is fully resolved.

Sudanese media outlets reported that some nationals attacked the embassy building seeking financial aid. This follows claims that the embassy had ignored their pleas for help following the closure of the land border crossing between Egypt and Sudan due to the ongoing coronavirus pandemic.

Ibrahim added that a delegation, headed by the Sudanese Consul, travelled to Aswan, and apartments were rented there to house those stranded. The Egyptian authorities, however, considered it was better to transfer them to Cairo, which the embassy followed through with. It has continued to receive those arriving to Cairo, providing them with housing and with the required financial aid.

Despite the closure, El-Sheikh said, “The continued efforts of the embassy to address the issue of the stranded Sudanese people in the Al-Sobaiya area in Egypt and the efforts are proceeding well.”

He added that some Sudanese nationals in Egypt tried to exploit the situation by assaulting the embassy and demanding to be given the same benefits as those stranded.

He explained that as the numbers of the attackers increased, they threatened to set the embassy on fire.

Sudanese media outlets further reported that land border closures have led to the stranding of at least 1,000 Sudanese nationals who were on their way to Khartoum. They were left stranded in Al-Sobaiya near Aswan.

Khartoum has refused to open the land crossing on the basis that it had sent financial support to its Cairo embassy for those affected by the closures. This financial aid is to last until the end of the coronavirus crisis and the resumption of movement between Egypt and Sudan.