Female domestic workers have borne the brunt of the government’s precautionary measures to curb the spread of the coronavirus (COVID-19). Many, who depend on their daily wages to survive, now face dire financial straits as work dries up due to government calls to stay at home.

The number of Egypt’s coronavirus cases increased to 985 with 66 deaths on Friday, according to the Health Ministry. Since the disease came to Egypt, the government has taken several measures, including imposing a night curfew, suspending flights and schools, shutting all coffee shops and entertainment venues, and restaurants only run delivery services. The decision excludes pharmacies, bakeries, and grocery stores. 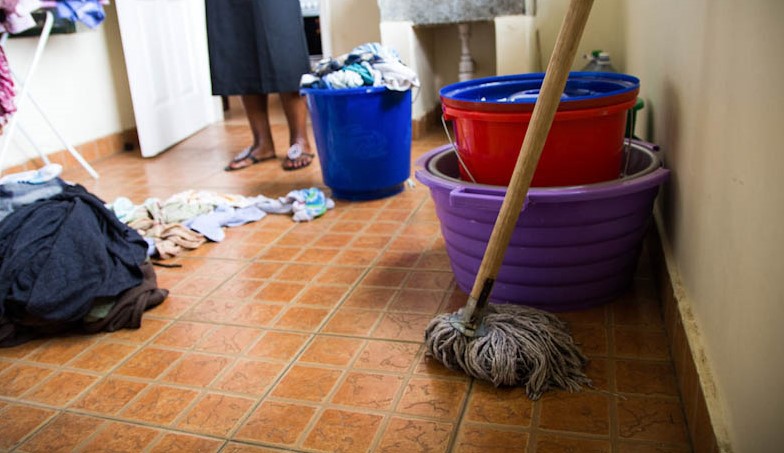 Many domestic workers have been asked by the families they work for to temporarily stop coming amid fears of contagion, and calls to either practice social distancing and simply stay at home. But staying at home is not an easy option for many people.

Um Yahiya, who requested her name be changed, returned to her home in Giza last week with a few food supplies after she lost her intermittent work which brought her EGP 2,400 a month.

“I only have EGP 100 in my pocket, and I do not know how to feed my son after I spend that money,” she said.

“The two companies informed me in early March that work will be suspended until further notice,” she said.

One of the two companies paid her in advance for the days she usually works (around 12 times a month), while the other only paid her for the two days she had already worked in March.

As for the two households she worked for, in Giza and Cairo, one still allows her to work, while the other told her not to come until further notice.

“I cannot afford to stay at home. If I did, I will not find money to feed my child. I have to choose between my health and my child’s wellbeing. I only have two options. If I stayed at home, I will die of hunger, and if I went out, I might die of disease,” she said.

“The government has to look after us. It has to support the day workers. The prices of everything are increasing. I cry every day because I am afraid this crisis will not end soon. My husband is a microbus driver. Because of the night curfew now he is working only two days a week, and he expects to lose his work soon,” she added. 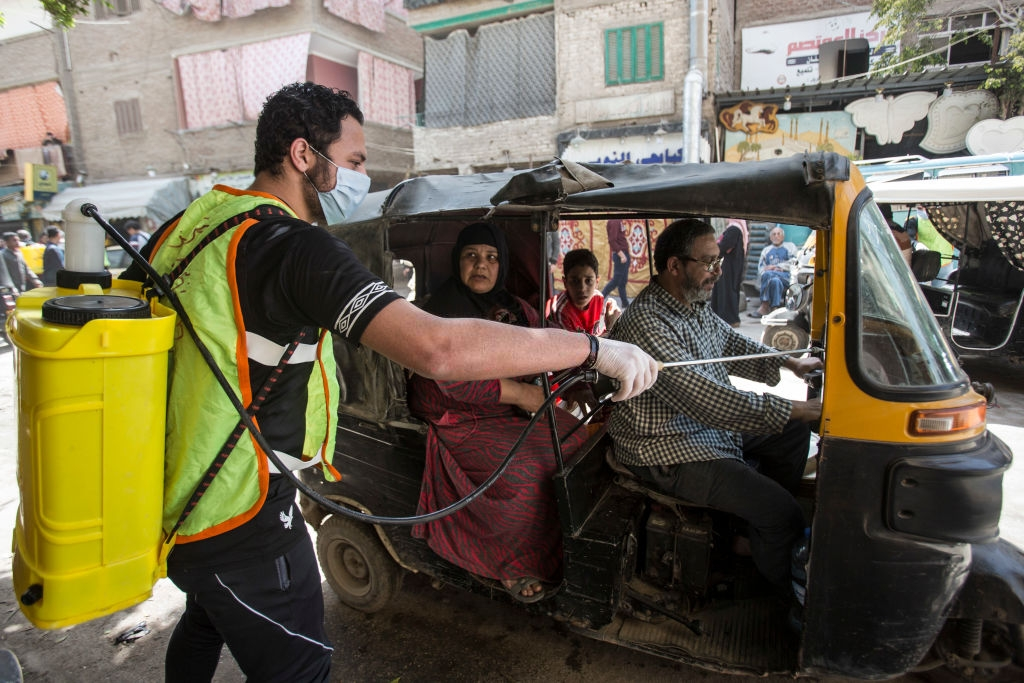 Um Yahiya is one of millions of irregular and vulnerable workers in Egypt. They are the segment of society most affected by the government’s recent measures aiming to curb the spread the coronavirus.

To support them, the Ministry of Manpower has encouraged irregular workers to register on the ministry’s database to receive exceptional assistance worth EGP 500 per family. More than 1.3 million workers have registered so far.

But for Um Yahiya, the EGP 500 is a meagre aid. “This is not enough for anyone. How can I cover my expenses with this sum?” she asks.

There are different estimates regarding the numbers of informal and irregular workers in Egypt. According to the Central Agency for Public Mobilization and Statistics (CAPMAS), the number of people who depend on intermittent work was roughly 4.3 million in the third quarter (Q3) of 2019. However, according to Minister of Manpower Mohamed Saafan, there are over 10 million irregular workers in Egypt.

“I am not afraid of death”

Um Islam is another domestic worker who had to borrow some money to feed her three children after she had lost her work due to the fears surrounding COVID-19.

“The people I work for phoned me and said: Do not come. We are afraid that you would contract the disease and transmit it to us because you ride public transportation,” she said.

Um Islam, 55, lives in Bashtil, a small village in Giza. She is the breadwinner for young household of three children, aged 21, 17, and 9. She had a fourth child, a daughter, but she died four years ago. Her husband abandoned the family and married another woman. “He left us. He never asked or offered to spend money on his children,” she said.

Um Islam’s day wage ranges between EGP 130-150. In addition to working as a housekeeper, she works as elderly-sitter for a woman for only EGP 50 per day.

“I have been working for this lady for almost 10 years, but her family only pay EGP 50, with no [periodic] increase,” she said.

But at least, she added, this work, which she went to three times a week, is the only work that was not suspended. “She told me to come once a week,” she said.

“What I fear the most is not death, but to die in the street and nobody would save me out of fear of contagion. I do not want to be at anyone’s mercy. People have changed. They are cruel. But God will never leave us because God knows we are impoverished and powerless,” she said.

Noha, who has also requested for her name to be changed, is a domestic worker who cleans and sometimes cooks. The 21-year-old is from Fayoum, although her family left its hometown and moved to Cairo eight years ago. She said that her daily wage is EGP 150-200.

“Now I am home with no work. Everyone asked me to stay at home, because they fear the virus. They are good people, two of them offered to pay my wage as if I am still working. But I was embarrassed to take the money,” Noha said.

“My mother is sick and my father is an elderly. My brothers and I had to work at an early age. All of us have lost our jobs, expect one of my brothers who is still working, because he works at a bakery,” she added. “I do not know what we will do if this situation continues. We can handle the matter for a month, but after that, we do not know what will happen. We depend on daily wages, and no work means no money.”