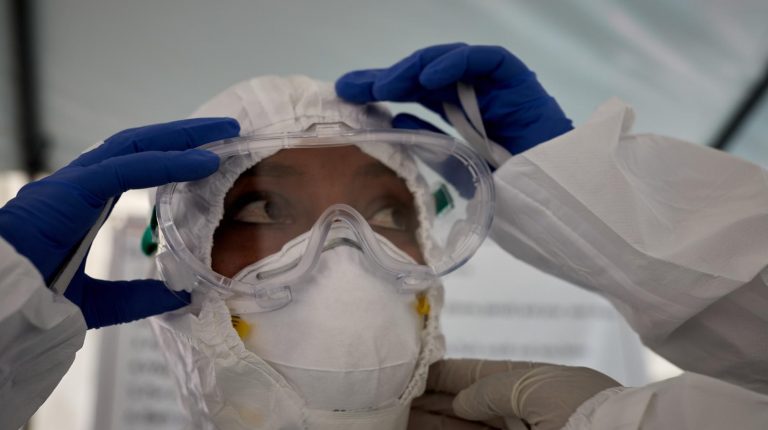 Latest World Health Organization (WHO) statistics reveal that 42 countries in Africa have reported cases of the coronavirus. At the time of writing, there are currently 6,579 confirmed cases across the continent, according to the WHO. The death toll across Africa due to the coronavirus currently stands at 292, with 614 recoveries.

The WHO office for Africa does not include Egypt, Libya, Tunisia, Sudan, and Morocco on its list, as they are categorised under the authority of the WHO Regional Office for the Eastern Mediterranean.

Since the start of the outbreak, the WHO has warned that African nations are among the most vulnerable countries to the disease, due to weak and under-resourced healthcare systems.

The organisation has been supporting African governments with early detection by providing thousands of COVID-19 testing kits. This comes in addition to training dozens of healthcare workers and strengthening surveillance in communities.

According to the WHO, 47 countries in the WHO African region can now test for COVID-19, while only two could do so at the start of the outbreak.

African nations have taken several measures to contain the spread of the coronavirus. Rwanda has announced it is imposing a full quarantine on its population whilst closing its borders, in an attempt to limit the spread of the virus.

The Rwandan step is considered the strongest in sub-Saharan Africa, where the number of infections continues to rise whilst the health system remains fragile. The infectionrate in the country, however,  is not the highest, recording only 104 infections so far.

Rwanda has also gone further in its fight against the pandemic, as the government announced banning all unnecessary movement and out-of-home visits. The exceptions to this rule are those bringing needed supplies, obtain medical treatment or going to banks. The country has completely closed its borders,  except to the movement of goods and for citizens returning from abroad.

Nigeria, the largest country in Africa in terms of population, has also tightened its measures in the face of the pandemic, following 232 confirmed infections and five deaths. It has imposed a partial closure of public places and international airports.

South Africa has reported the highest number of infections in the WHO Africa region, recording 1,686 infections and 12 deaths.

Despite the ban on gatherings, the closure of schools, bars and restaurants, and restrictions especially on air movement, measures that have taken effect in many sub-Saharan countries, the epidemic continues to spread. More than 600 infections, in total, have been recorded in sub-Saharan Africa.