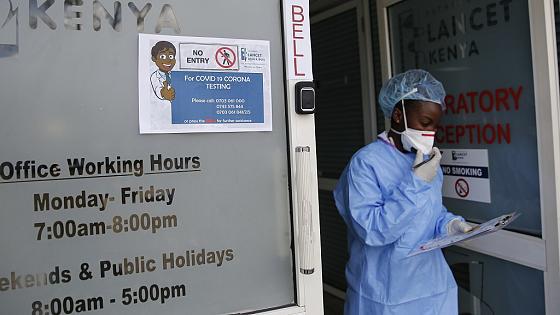 The coronavirus (Covid-19) pandemic continued its surge across Africa, with the majority of countries now reporting confirmed cases. According to the numbers of positive cases reported on Wednesday by the World Health Organization (WHO) 10,800 cases and 324 fatalities have been recorded across the continent. A total of 1,220 patients have made recoveries.

At the time of writing, South Africa leads the region in terms of infection numbers with over 1,700 cases, followed by Nigeria with more than 1,500 cases.

Algeria tops the list of countries with the most fatalities with about 194 deaths, followed by Egypt with 94 deaths, then the Democratic Republic of the Congo with 20 deaths reported so far.

The number of fatalities across the continent due to the coronavirus remains low. The WHO has raised concerns about the pandemic’s impact on countries with fragile health systems and those experiencing complex emergencies. The organisation has called on the international community to extend technical and financial support to these countries to enhance the response capacities, and to minimise the spread of the outbreak.

In South Africa, the main health workers’ union announced the country is experiencing a shortage of personal protective equipment (PPE). The issue raises concerns over the availability of this equipment, such as masks and gloves, for healthcare workers in the African country most affected.

The Ethiopian government declared on Wednesday a nationwide state of emergency, as part of its efforts attempting to contain the spread of the coronavirus.

“Considering the gravity of COVID-19, the government of Ethiopia has enacted the State of Emergency,” Prime Minister Abiy Ahmed’s office wrote on Twitter. Addis Ababa has confirmed 52 cases and two deaths, with a case fatality ratio of 3.85%.

Although the number of coronavirus infections has remained slow across Africa compared to other parts of the world, it has still grown exponentially in recent weeks. Infection rates continue to grow across the continent.

Africa’s first case of coronavirus was reported in Egypt on 14 February. Since then, a total of 52 African countries have reported cases. The main sources of the infection include travellers returning from hotspots in Asia, Europe and the US.

“COVID-19 has the potential not only to cause thousands of deaths but to also unleash economic and social devastation. Its spread beyond major cities means the opening of a new front in our fight against this virus,” said Matshidiso Moeti, WHO Regional Director for Africa.

He added, “This requires a decentralised response, which is tailored to the local context. Communities need to be empowered, and provincial and district levels of government need to ensure they have the resources and expertise to respond to outbreaks locally.”