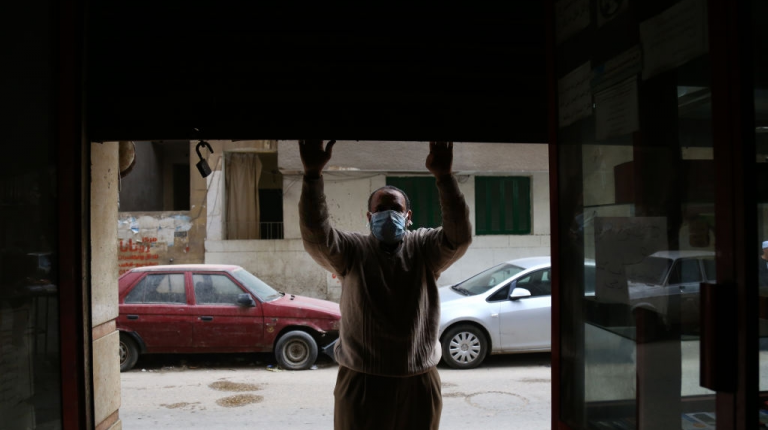 Egypt has extended its nationwide night-time curfew and related precautionary measures for a further two weeks, to 23 April, as the number of confirmed coronavirus infections continues to rise.

Ministry of Health reported on Wednesday 110 new coronavirus cases and 9 new deaths, raising the country’s total to 1,560 cases and 103 deaths. Up to 305 cases have recovered.

Prime Minister Mostafa Madbouly announced in a Wednesday press conference that the curfew will start from 20:00, instead of 19:00, until 6:00 to ease crowding on public transport. He added that flights, schools, and universities will remain suspended until 23 April. The precautionary measures, including the overnight curfew, have been effective as of 25 March.

Also affected by the same extension, all public and private transportation will remain suspended during curfew times. All shopping malls, cafes, casinos, entertainment centres and nightclubs will remain fully closed during this period, with restaurants only running through delivery services. The decision excluding pharmacies, bakeries, and grocery stores.

Madbouly urged citizens to commit to state measures to avoid a surge in coronavirus infections.

“We estimate that the daily infections of coronavirus to range from 120 to 150 in the current week,” he said. “Egypt is on the safe side regarding curbing the disease…because of the state precautionary measures.”

Madbouly added, however, that the number of infections is expected to increase in the upcoming weeks. He warned that if the daily average increased to 250 or 300, the situation would get out of hand, and  called on citizens to remain committed to the measures to help curb the spread of the virus.

Madbouly stressed that citizens’ full commitment to the precautionary measures will save Egypt from the fate of other countries, which have struggled with thousands of infections and fatalities. He also urged Egyptians to avoid crowds during the upcoming religious celebrations of Easter and Ramadan.

As part of the state’s efforts to counter the effects of the coronavirus outbreak, Madbouly announced a 20% cut in ministerial wages for three months. The money from these cuts will be allocated to support irregular employees and the Tahya Misr Fund.

Madbouly said, “Egypt would not have been able to face the economic repercussions of the coronavirus without economic reforms undertaken by the country.”

A nurse at the National Heart Institute (NHI) has tested positive for the coronavirus, according to the NHI Dean Mohamed Ossama. The Emergency Department will be disinfected to avoid the spread of contagion at the institute. The nurse contracted the disease from an 84-year-old patient in Al Mabarra Hospital, where the nurse also worked.

Earlier on Tuesday, Al Moatamadeyah village in Giza was placed under 14-day quarantine after several coronavirus infections were detected.