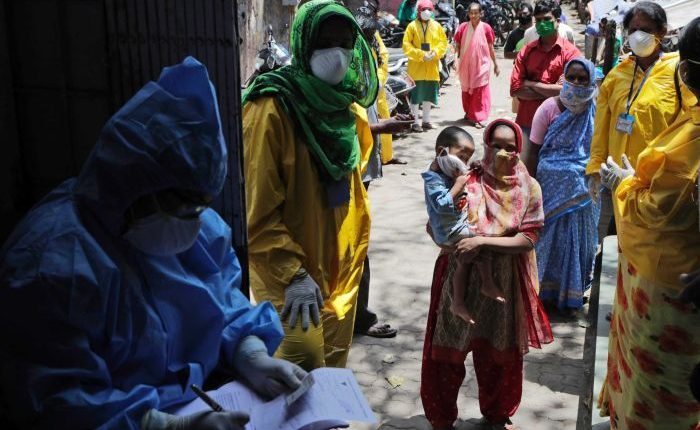 The world could see up to half a billion people driven into poverty due to the novel coronavirus (Covid-19) fallout, unless urgent actions were taken to financially support developing and poor countries, Oxfam nonprofit group warned on Thursday. The pandemic has claimed tens of thousands of lives and infected about 1.5 million people globally.

In a report, dubbed “Dignity Not Destitution”, published on Thursday by the United Nations University World Institute for Development Economics Research, Oxfam said developing and poor countries should come together to demand an urgent action from the G20 and rich nations to support them in their fight against the Covid-19.

“This could set back the fight against poverty by a decade, and as much as 30 years in some regions such as Sub-Saharan Africa, the Middle East, and North Africa,” the report highlighted.

“They must cancel all developing country debt payments for 2020 and encourage other creditors to do the same, and issue at least $1trn of Special Drawing Rights,” Vera added.

In the meantime, Oxfam urged world leaders to agree on an “Economic Rescue Package for All” that “meets the scale of the crisis, and to mobilise at least $2.5trn to tackle the pandemic and prevent global economic collapse and to support poor countries and poor communities.”

Oxfam said that the “Economic Rescue Package for All” will enable “poor countries to provide cash grants to those who have lost their income and to bail out vulnerable small businesses.”

On the other hand, the report found that women are at more risk than men and are likely to be hardest hit financially, suggesting that the coronavirus also threatens to increase gender inequalities.

“Women make up 70% of health workers globally and provide 75% of unpaid care, looking after children, the sick and the elderly. Women are also more likely to be employed in poorly paid precarious jobs that are most at risk,” the report found.

The UN estimates that nearly half of all jobs in Africa could be lost, the report said. According to the World Bank, in 2018 there were 3.4 billion people living on less than $5.5 per day.