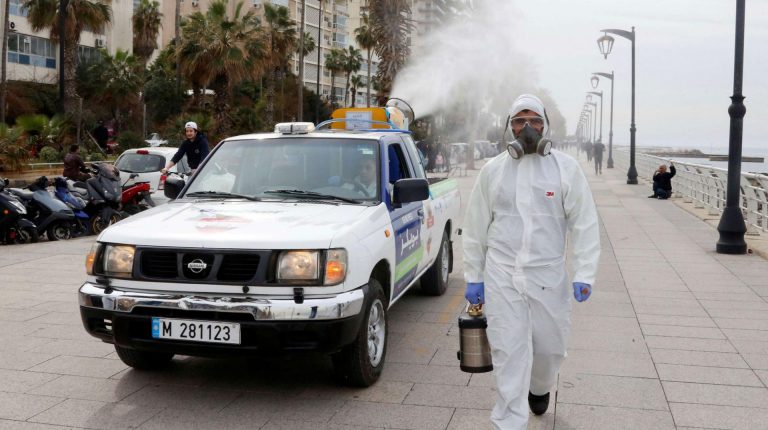 The Eastern Mediterranean Region of the World Health Organization (WHO) has become an emerging focus for global health following the rapid emergence of the coronavirus (COVID-19).

The region has already witnessed a number of emerging zones with epidemic potential and there is now an urgent need for strong public health vigilance and monitoring across the region.

The situation is posing a challenge to the resilience of each country’s national health authority and their ability to respond in a timely manner.

In Turkey, the number of coronavirus infections remains much lower than many others in the region, although the number of infections is increasing by over 3,000 a day. The country has now confirmed a total of 34,109 infections, since the first case was confirmed four weeks ago.

As economists fear that a coronavirus-induced recession is inevitable, the Turkish government has gradually increased measures to combat the virus. This includes the suspension of international flights, border crossings and travel between cities, and the closing of schools and most shops.

People under 20 and over 65 are subject to curfews, and troop movements in Syria have been limited to fight the pandemic. Turkish president, Recep Tayip Erdoğan, announced on Monday, that the sale of facemasks was banned, with masks instead distributed to households free of charge.

Meanwhile, Syria has reported 19 cases and two deaths until now. Last week, however, the head of the UN Office for the Coordination of Humanitarian Affairs (UNOCHA), Mark Lowcock, issued a warning that the low number of coronavirus cases reported so far in Syria is merely “the tip of the iceberg”.

Lowcock said that all efforts to prevent, detect and respond to Covid-19 are impeded by Syria’s fragile health system. He added that the significant obstacles to battling the virus include frequent population movement, the difficulty in acquiring medical supplies and protective equipment, and in particular the difficulty in enforcing social distancing within crowded refugee camps, which also have low levels of sanitation services.

In Lebanon the number of coronavirus infections rose to 575 cases with 19 fatalities. Human Rights Watch (HRW) warned that millions face food security risks due to the lockdown, unless the government provides urgent assistance.

In mid-March, the Lebanese authorities ordered residents to stay at home with a hiatus on all non-essential businesses to stop the virus’ spread.

HRW said in a statement, “Many people who had an income have lost it, and if the government does not step in, more than half the population may not be able to afford food and basic necessities.”

Before the outbreak of the pandemic in Lebanon, the country was already struggling through the worst economic crisis in decades. Many have already lost their jobs or taken salary cuts, with about 45% of the population facing poverty, and stay-at-home measures to counter the virus now preventing even more from earning a wage.

The situation is even tougher on Palestine, with the Palestinian Authority (PA) announcing that its budget deficit could increase from $0.8bn to $1.8-2.4bn. The deficit comes as a result of losses in government revenues, depending on the severity of the outbreak.

The pandemic was confirmed to have spread to Palestine on 5 March, with the West Bank declaring its first case. On 21 March, Gaza itself announced two cases.

The PA imposed a lockdown, with movement between cities severed and Palestinians asked to stay home, with 263 infections and one death reported on Wednesday.

The Palestinian health sector is already suffering, with doctors across the West Bank having already gone on a two-week partial strike in February. They had highlighted acute staff shortages, as well as shortfalls in equipment and beds, with only 210 intensive care units across Palestine, half of them already occupied.

In Egypt, the first coronavirus infection was reported on 14 February, with the number of infections since then increasing to 1,450 and 94 deaths at the time of writing.

Israel appears to be on its way to a nationwide lockdown, in light of a significant increase in infections. The death toll in Israel hit 72 on 8 April, with 9,404 infections.

Authorities have begun implementing measures to limit movement, and cabinet minister decisions due to emergency regulations could see police and army patrols to deter unnecessary travel.

The Israeli government also authorised a series of additional unprecedented moves to curb the spread of the coronavirus, including the immediate partial lockdown of eight cities and some of Jerusalem neighbourhoods.

Economists and some decision makers have criticised Prime Minister Benjamin Netanyahu for shuttering the labour market, ordering people to stay at home for three weeks, at the price of deeply damaging the country’s economy.

Greece has recorded the lowest number of new cases since 12 March, indicating it has managed to flatten the curve of coronavirus with its early lockdown. Greece has so far reported 1,832 infections and 81 deaths.

Cyprus’ coronavirus infections compared to others indicates the island is faring much better than most. The government was expected to extend the restrictive measures on free movement, adopted to stem the spread of the coronavirus, until the end of April. This does not look likely, as Cyprus has reported 484 cases and 14 deaths so far.