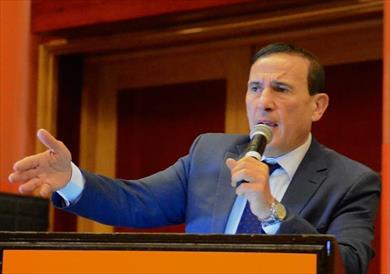 El-Shaer added that the tourism sector is going through exceptional circumstances that have led to a complete stop in its activities, requiring the collection of all external dues to face this crisis.

His remarks came during a meeting with Ambassador Badr Abdel-Ati, Assistant Minister of Foreign Affairs for European Affairs, and Ahmed Al-Wasif, head of the Egyptian Tourism Federation (ETF), on Saturday. The meeting aimed to discuss ways to enable Egyptian tourism companies to quickly collect their dues from their European counterparts, as well as travel agents and European airlines.

During the meeting, they reviewed the contracting mechanism and the legal status of these dues for Egypt’s tourism sector. They agreed to prepare a comprehensive statement of all debts owed to the sector, whislt also preparing a detailed list of foreign companies and tour operators who owe dues to companies in Egypt. This will be with the endgame of recovering these dues as soon as possible.

Al-Wasif said that Egyptian companies and hotels are being addressed to send the required data on thier dues to the ETTA and the ETF. This should be supported by the relevant documents, for their submission to the Ministry of Foreign Affairs.

Egypt repays over $20bn worth external debts in 4 months