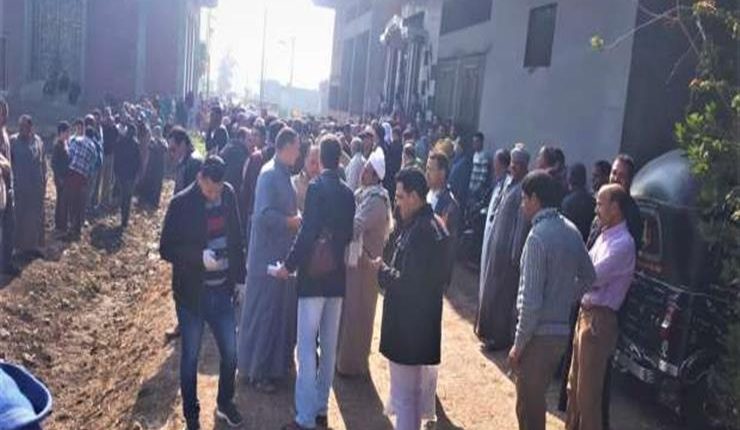 Egypt’s General Prosecutor has ordered urgent investigation into the mob that disrupted the burial ceremony of a female doctor that died of the novel coronavirus (Covid-19) in Daqahleya governorate.

Hundreds of people in a small village in Daqahleya tried to prevent the burial of the deceased doctor on Saturday which prompted police forces to fire tear gas to disperse the gathering and complete the ceremony. The protests took place over fears of the coronavirus spreading in the village.

A total of 20 people were arrested on charges of preventing the ambulance, carrying the body of the 64-year-old doctor, from entering the graves at Al Bahw village.

Earlier in the day, the ambulance had taken the body to a grave-site at Shubra Al Bahw, the hometown of the doctor’s husband, but residents there also prevented her burial.

The ambulance then went to the doctor’s home village of Mit Al Amel, also in Daqahleya, to bury her, but the village residents also protested against the burial.

The ambulance returned to Shubra Al Bahw after which security forces fired tear gas to disperse the residents and allow the burial to take place.

Dar Al-Ifta added that whoever dies from the coronavirus is considered a “martyr” due to the suffering they faced because of the disease. It called for respecting and appreciating the efforts of the doctors who sacrifice their lives to treat the patients.

Ayman Mokhtar, the governor of Daqahleya, said in a telephone conversation with Sada El-Balad channel on Saturday, he decided to rename a school in the Shubra Al Bahw village after the deceased doctor to honour her sacrifice for the Egyptian people.

This incident is not the first of its kind. Last week, residents of a village in Kafr El-Dawar in Beheira governorate also protested against the burial of an elderly victim of the coronavirus, who had died in an Alexandria quarantine hospital. Police interfered and allowed the family to bury him.

The Ministry of Health has announced the measures for preparing the bodies of those who have died from Covid-19 to avoid the virus transmission. The measures include instructions on how to wash and shroud the corpses, and transporting them in a sterile ambulance.