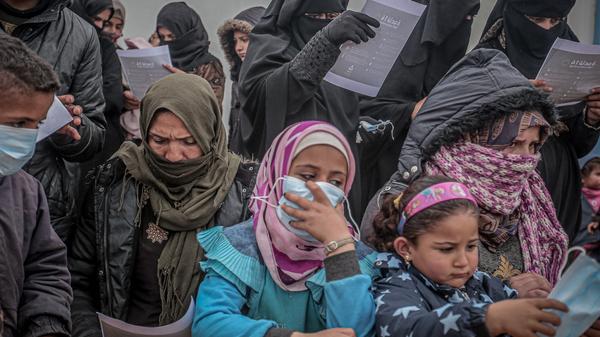 Many countries in the World Health Organisation’s (WHO) Eastern Mediterranean region are expecting to witness a surge in coronavirus (COVID-19) infections, and face economic obstacles as a result. In the region, many countries are already struggling with the side-effects of war and economic crises.

The virus’s spread left many countries with no choice but to impose strict lockdowns and curfews, leaving the region to face even harder economic crises.

Countries such as Turkey have yet to impose a complete lock down, leaving it with one of the fastest growing coronavirus infection rates in the world.

The Turkish authorities did, eventually, order a two-day curfew across 31 provinces, as the number of infections increased by 4,747. The surge left 98 people dead in 24 hours, raising the country’s death toll to 1,006.

The lockdown affected Istanbul and Ankara, where international flights were halted and schools and bars have been closed for three weeks. Fahrettin Altun, Communications Director at the country’s Directorate of Communications, said via Twitter “We urge all citizens who live in these 31 provinces to comply with this weekend’s lockdown without panicking.”

After the curfew was announced, hundreds of people in Istanbul rushed to late-night stores to shop for essentials. Videos were posted on social media showing people wearing no face masks jostling to enter a store with fights also breaking out. Exceptions to the lockdown are bakeries, pharmacies and health facilities, with certain energy companies, distribution firms and some gas stations also operating during the lockdown.

Lebanon, however, has taken definite steps to impose a complete two-week lockdown, with calls to extend it further.

The northern Lebanese town of Bsharri was isolated after it reported 51 coronavirus infections. By Saturday morning, the city was placed under isolation by security forces, in an effort at preventing entry and exit from the city, to curb the spread of the novel coronavirus. The authorities are also conducting widespread COVID-19 tests on residents of the town.

The government has also extended the country’s month-long coronavirus shutdown by another two weeks until 26 April.

Lebanon has reported a total of 619 coronavirus infections and 20 deaths since the country confirmed its first case on 21 February. The 45-year-old woman had been travelling from the Iranian city of Qom, and tested positive for the virus.

Egypt has reported a total of 1,794 infections and 135 deaths since the first coronavirus infection was reported on 14 February.

On Friday evening, Palestine confirmed a new case, raising the total number of infections in its territories to 267, including 13 in Gaza, and two deaths. The Palestinian Authorities now say that workers returning from Israel are responsible for at least a third of the known cases on the West Bank, including its only death.

Palestinian officials added that they expect Israel to care for any workers who contracted the virus. However, following these comments, an ailing worker being unceremoniously dumped at a checkpoint by the Israeli police (he later tested negative). After this incident, Palestinian Authority Prime Minister, Muhammad Shtayyeh, backtracked and urged workers to return to the West Bank for their own safety.

Palestinians fear that many workers will take Shtayyeh’s advice, with large numbers of returning workers potentially prove unwitting carriers of the virus. This could prove the straw that breaks the camel’s back, as returning virus carriers could quickly overrun the West Bank’s underequipped hospitals.

The number of infections in Israel has increased to 10,408, of whom 164 are in serious condition, and 95 dead. Despite these figures, the curfew imposed on Israelis to combat the spread of the coronavirus pandemic over the Passover holiday was lifted on Friday.

Israeli reports said some airlines received permission from Israel’s Transportation and Interior Ministries to land in the country, including from areas with high coronavirus counts, such as New York.

In northeastern Syria, Kurdish forces are calling for more help to contain a possible coronavirus outbreak and a resurgent Islamic State (IS). The region is home to tens of thousands of refugees and internally displaced.

Many of them are crowded in camps in which disease and sickness are already common. Humanitarian groups and officials say the coronavirus pandemic has sparked outright panic, even blaming a riot at a prison holding captured IS fighters on concerns over the pandemic.

Last Wednesday, a senior State Department official told reporters that the US is urgently working to find ways to get assistance to the northeast.

“There has been no significant outbreak so far,” the official said, admitting that was unlikely to last.

Syria has not reported any new cases or death from the virus since 5 April, when three new cases werereported raising the total number of infections to 19 and two deaths.

At Thursday’s teleconference meeting, European finance ministers failed to reach an agreement on joint debt, also known as corona bonds. At the same time, there was a joint statement and a green light given to to a €540bn package of measures for dealing with the devastating consequences of the coronavirus on the bloc’s economy.

Cyprus would have to rely on itself for raising funds for its economic measures as the meeting refused issuing corona bonds. Cyprus has reported 585 cases and 10 deaths from the virus so far, while Greece has recorded 2,011 cases and 93 deaths since 12 March.

Commenting on the EU’s decision, Cyprus’ Finance Minister Constantinos Petrides said that, while the measures were helpful, the decision meant that “each country must go its own way”. The funds made available were not enough to finance the measures for protecting jobs and keeping businesses afloat.

In break with past, Syria seeks World Bank financing