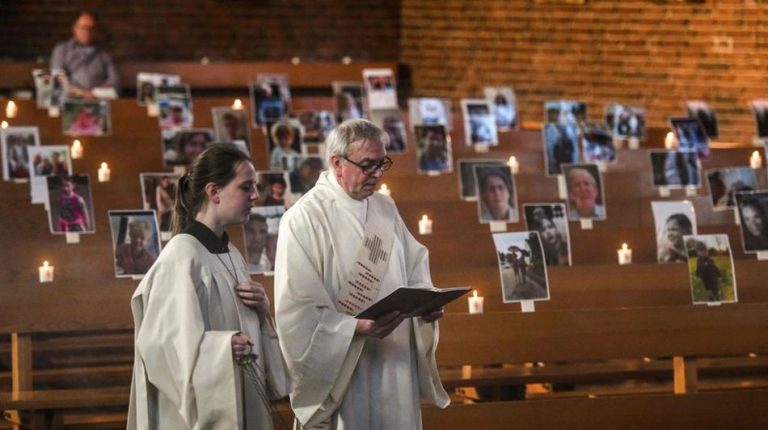 Standing alone at the altar of St. Peter’s Basilica at the Vatican, Pope Francis led Easter Sunday mass for the first time in centuries without live audience, as world’s 1.3 billion Catholics celebrate their holiest holiday under a coronavirus lockdown. 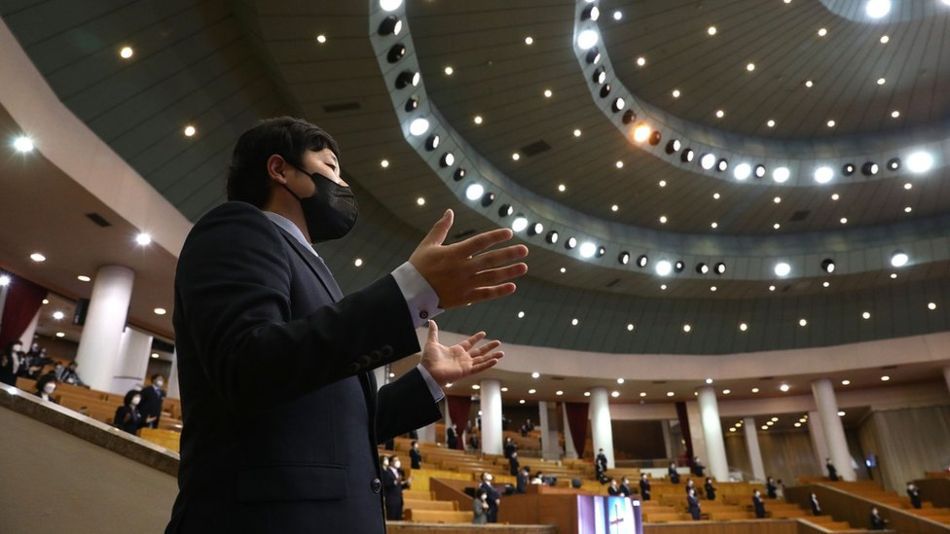 Fear and confusion in the face of a disease, which killed over 100,000 people worldwide, are reshaping society and transforming the way religion is observed. Even such hallowed traditions as the pope’s messages to the faithful on St. Peter’s Square have been replaced by livestream prayers. The Vatican’s entrance is now sealed off by police wearing facemasks and rubber gloves.

The pope has openly admitted that he was struggling along with everyone else to make sense of these extraordinary times. “We have to respond to our confinement with all our creativity,” Francis said in an interview published by several Catholic newspapers this week. “We can either get depressed and alienated … or we can get creative.”

In Panama, the archbishop Jose Domingo Ulloa delivered untraditional Easter Sunday blessings from a helicopter. Worshipers blasted religious music from their balconies during the Holy Week. The scale of the unfolding tragedy has seen a New York City cathedral replace rows of wooden seats with hospital beds in case the surrounding emergency wards get full to overflowing.

Also, the Catholic Church in the Philippines is urging the faithful not to kiss the cross. Its Orthodox counterpart in Greece is planning to hold its Easter mass behind closed doors on 19 April.

Similarly, Jews across the world did their best by using Zoom or other videoconferencing apps to “seder-in-place” when the eight-day Passover holiday started on Wednesday evening.

Westminster Abbey in London is following the technological trend by releasing Easter podcasts for the faithful of the Anglican Church.

France was no exception, as priests at the Roman Catholic shrine in the southwestern town of Lourdes began relaying nine consecutive days of prayers on Sunday via Facebook Live and YouTube. 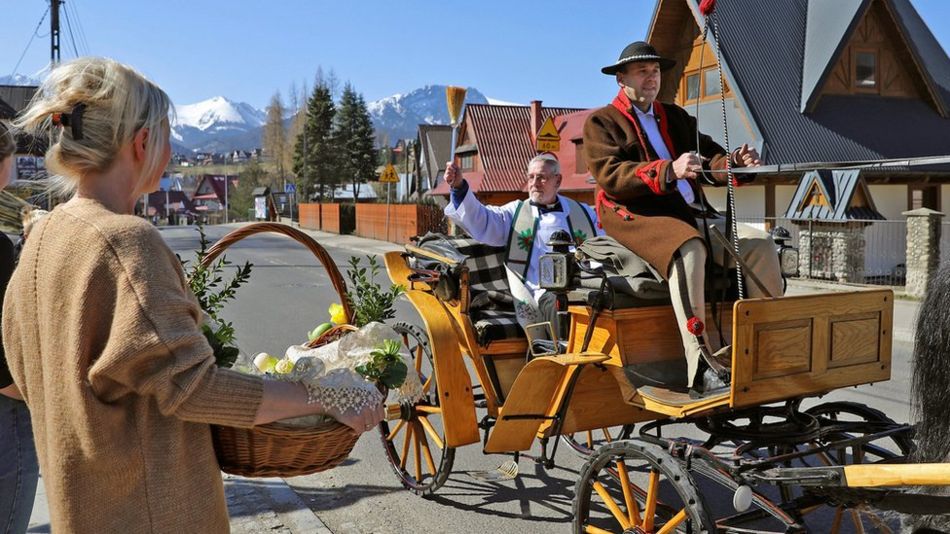 Pope Francis, in previous years, observed Holy Thursday service marking Jesus Christ’s last supper by washing the feet of 12 inmates on the outskirts of Rome. He now instead said a prayer for the dozens of priests and health workers who have died across Italy while attending to the sick since the outbreak began in the Mediterranean country in February.

“They are the saints next door, the priests who gave their lives by serving,” Francis said.

He invited five nurses and doctors to accompany him for the Good Friday processions in order to highlight their profession’s sacrifices over the past month.

Francis himself has reportedly been tested twice for Covid-19 since coming down with a cold at the end of February.

At the Church of the Holy Sepulchre, built on the site where Christians believe Jesus was crucified and resurrected, only a handful of priests celebrated Easter Sunday.

In the heart of Jerusalem’s Old City, the church – which had not been closed during Easter for at least a century – has been shuttered to worshippers along with all cultural sites in the area.

“Easter is a time for life,” said Archbishop Pierbattista Pizzaballa, apostolic administrator of the Latin Patriarch of Jerusalem, who arrived at the church under the watchful eye of Israeli security forces. 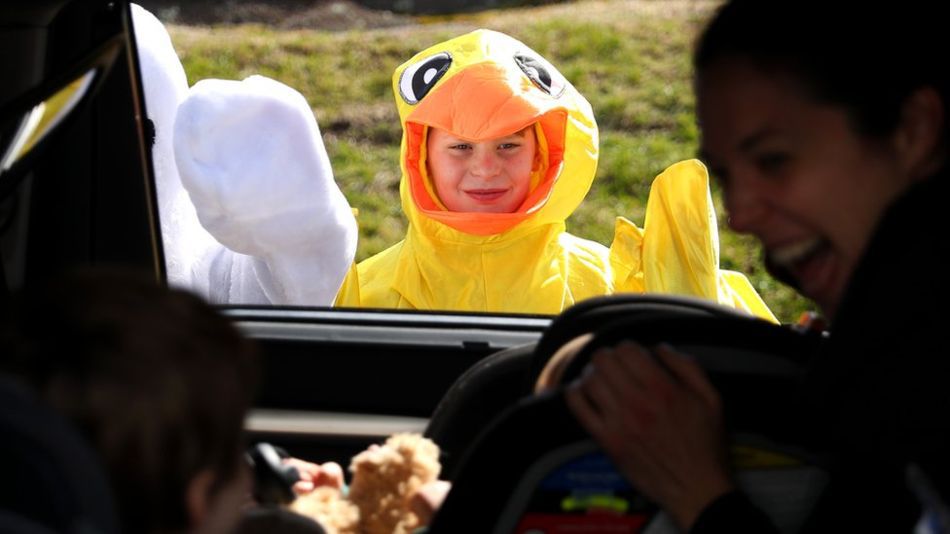 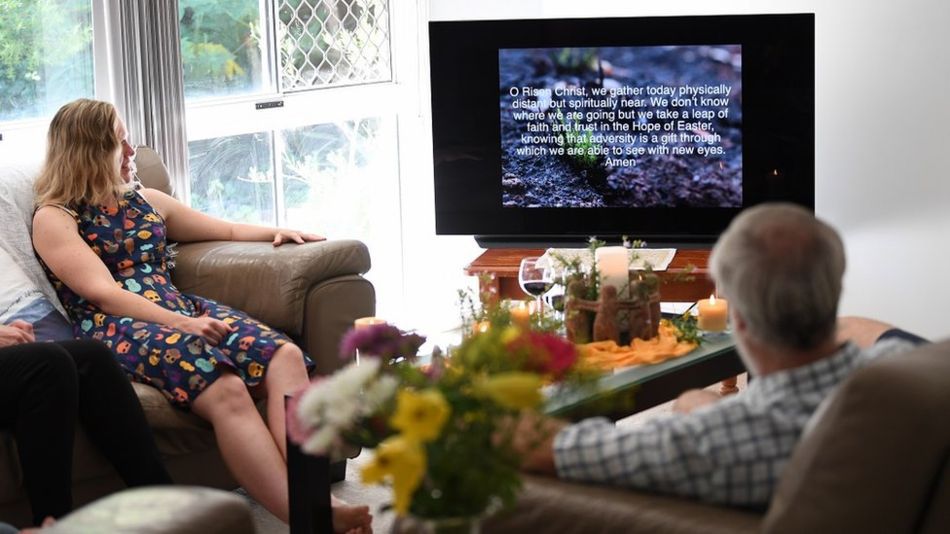