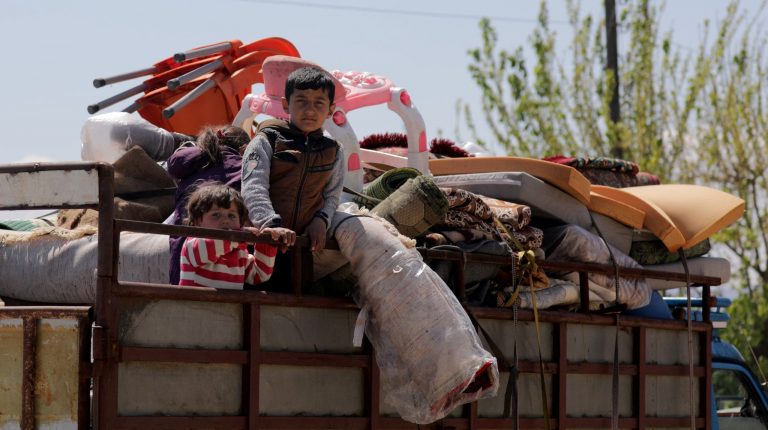 As the number of confirmed coronavirus (COVID-19) infections in the Eastern Mediterranean region reached 100,333 infections, countries are finding themselves at various stages to curb their own outbreaks.

At the same time, they are while struggling to balance the medical benefits of keeping restrictions in place against the risks that come with getting their economies moving again.

Lebanon is risking food insecurity as basic food commodities are starting to disappear from markets due to a suspension on imports and lack of local production. Lebanon currently has 632 confirmed coronavirus infections and 20 deaths.

The government has said it will pay out 400,000 Lebanese Pounds to the most vulnerable, with the grant expected to come into effect on Tuesday. The aid will help families who are most affected, whether due to their work being interruption or because of the government-imposed quarantine to curb the spread of the virus. But this amount of money will not solve the problems that have threatened a social explosion.

Last month, the World Bank said it had been discussing “assistance to help mitigate the impact of the economic and financial crisis on the poor through emergency social safety nets”, World Bank spokesperson Zeina El-Khalil told the AFP.

UN officials have warned that the coronavirus pandemic may have serious negative consequences on the Palestinian economy and the Palestinian Authority’s sustainability. Many infections were reported in Palestine’s section of Jerusalem, particularly in the Silwan neighbourhood, while churches were empty of worshippers on Easter Sunday.

On Sunday, 19 new coronavirus cases were reported in Silwan, raising Palestine’s total number of infections to 271 and two deaths. These come amid fears that the number of infections could be much higher in light of the Israeli Ministry of Health’s failure to care for Jerusalem’s Palestinian neighbourhoods. At the same time, three new coronavirus cases were reported in the West Bank on Sunday.

Local media in Palestine quoted Prime Minister Mohammad Shtayyeh as saying that it is too early to talk about return to normal economic activities, while Finance Minister Shukri Bishara said revenues could decline by 70%.

Bishara added that there is an in principle understanding with Israel to transfer the regular monthly clearance revenues to the Palestinian treasury. The Palestinian Authority hopes to pay full salary to its employees to keep the economy running.

Although the virus continues to spread in Israel, the number of coronavirus tests being performed has plunged. Israel is now reporting a total number of infections of 11,235, while 110 people had died.

An agreement between the Ministry of Health and Tel Aviv University is expected to be signed soon that will set up a special lab to conduct coronavirus tests.

Despite the risk of renewed fighting in Syria’s Idlib governorate, thousands of displaced Syrians have started returning to their homes in the state. Some of those returning have been driven by fear of a coronavirus outbreak in overcrowded refugee camps near the Turkish border. Syria has 25 confirmed cases of the virus, and two deaths.

No cases of the coronavirus have been confirmed or recorded in northwestern Syria. Doctors fear, however, that the area’s destroyed medical infrastructure and overcrowded camps will make any outbreak a humanitarian disaster.

Turkey’s President Recep Tayyip Erdogan declined on Sunday to accept the resignation of his interior minister. Suleyman Soylu had offered his resignation, and announcing it via Twitter, after taking responsibility for an abruptly announced curfew over the weekend that set off panic buying.

Within an hour, the president’s director of communications said Erdogan had refused to accept Soylu’s resignation. The number of confirmed cases in Turkey has risen to over 56,000, with 1,198 fatalities.

The shutdown in Cyprus caused by the coronavirus outbreak has triggered major alarmbells among Turkish Cypriot experts. They anticipate what undoubtedly could turn out to be the worst economic crisis the north side of the island has ever faced.

Local media quoted Mustafa Besim, economics professor at Famagusta’s East Mediterranean University as saying, “Of course, it is difficult to estimate the full impact that the coronavirus pandemic will have on the Turkish Cypriot economy, because we cannot predict for sure how long our lockdown will last or what will be happening in other countries on which we depend for our income.”

The Turkish Cypriot authorities have announced two economic aid packages. However, experts explained that the government aid is insufficient to meet the needs of thousands of desperate private business owners and their employees now bearing the immediate brunt of the shutdown’s consequences.