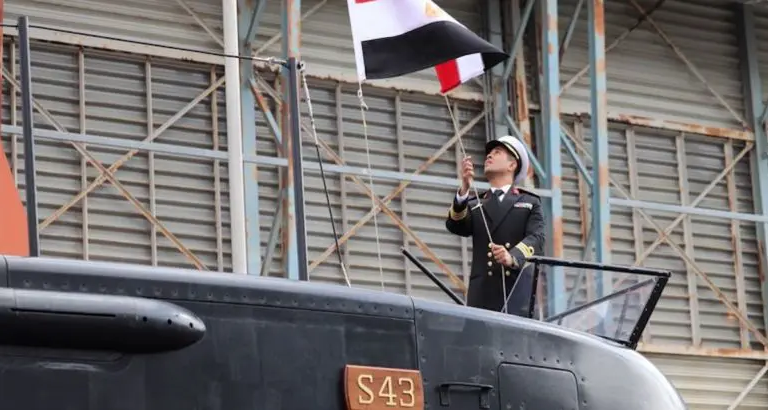 Submarines of this model have a high sailing speed and range of up to 20,000 km, in addition to their ability to launch torpedoes and surface missiles, the statement added.

Egypt’s naval forces announced they had officially received the Type 209/1400 submarine from Germany last week, the third of a total of four such submarines the country had agreed to purchase. It was made by ThyssenKrupp, one of the largest steel production companies in the world.

The S-43 submarine is equipped with the latest combat, navigation, communications and electronic warfare systems. These systems enable it to “secure…regional and economic waters and enhance national security,” said El-Refaie.

As the latest addition to the Egyptian navy, the S43 submarine will conduct a number of joint naval exercises with forces from a number of countries during its journey to Egypt. These come in light of a broader ambitious plan to develop and reinforce the country’s armed forces, the statement said.