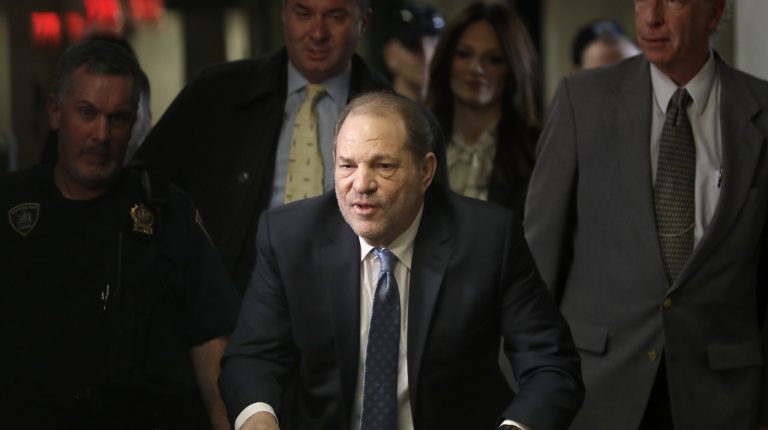 Former Hollywood producer and convicted rapist Harvey Weinstein was indicted on Friday on new sexual assault charges in Los Angeles. He is already serving a 23-year prison sentence on similar charges following his conviction by a judge in New York.

Los Angeles prosecutors charged Weinstein, 68, with sexual battery by restraint in an incident that allegedly occurred at a Beverly Hills hotel on 11 May 2010. The Los Angeles County District Attorney’s office said the incident falls within the 10-year statute of limitations.

“As we gather corroborating evidence, we have reached out to other possible sexual assault victims. If we find new evidence of a previously unreported crime, as we did here, we will investigate and determine whether additional criminal charges should be filed,” LA County District Attorney Jackie Lacey said.

Prosecutors had already charged Weinstein in January with two separate cases of sexual assault that occurred in 2013. He now faces up to 29 years in prison on the Los Angeles area charges.

Weinstein was convicted on charges of rape and sexual assault in February this year, in one of the most high-profile trials in recent years, and was hailed as a victory for the #MeToo movement.

He was placed in quarantine at New York’s Wende Correctional Facility last month, after testing positive for the coronavirus (COVID-19). He was released from isolation after two weeks, as he showed no symptoms of the disease.

Following the reports, over 100 women mustered the courage to identify themselves as sexual victims of the former Hollywood mogul. Women who had rejected Weinstein came forward as well, reporting that they had consequently been excluded from film projects, and that he had recommended other studios to discontinue hiring them. Ronan Farrow of The New Yorker and New York Times reporters, Jodi Kantor and Megan Twohey, won a Pulitzer Prize for their investigative journalism work in the Weinstein case.

Theirs were the first substantial public reports on the Weinstein affair, although they were long an open secret in Hollywood. Female employees new to his production company were warned about the activities of their boss. Awards ceremonies and even TV series like 30 Rock made clear references to his notorious casting couch. But not even established film stars dared to bring Weinstein’s behaviour to light.

After the scandal erupted, American actress Alyssa Milano established the Twitter hashtag #MeToo and called on women with similar experiences to come out in the open.

Within days of the October 2017 revelations, Weinstein’s colleagues on the board of administrators deposed him as manager of The Weinstein Company, source of The King’s Speech, Django Unchained, and other films. In March 2018, the company filed for bankruptcy.

A number of associations excluded Weinstein, including the film academies that award the Baftas, the TV Emmys and the Academy Awards. After revising its code of conduct in the wake of the Weinstein scandal, the latter evicted Bill Cosby and Roman Polanski from its ranks only six months later. Allegations against other celebrities went public, including Kevin Spacey, Placido Domingo, and Asia Argento, herself a Weinstein accuser.

The trial in New York began on 6 January 2020 after several delays on 6 January. Weinstein appeared as a broken man, moving along with a walker after a back operation following a car accident. Many felt it looked like an act. He refused to take the stand in court. Because one of the three women accusers had made contradictory statements before the beginning of the trial, raising doubts about her credibility, only the accusations of the other two women were heard.