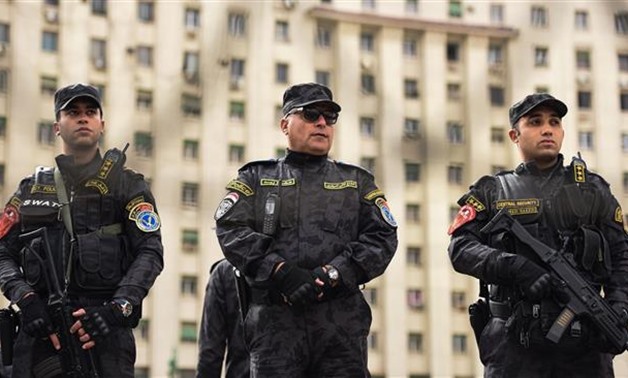 Residents in Cairo’s Al-Amireya neighbourhood on Wednesday praised the Egyptian police forces’ performance during their raid on a terror cell at a residential building in the area.

The raid, which took place on Tuesday, resulted in the neutralising all the terrorists in the place. A police officer, identified as Colonel Mohamed Al-Houfi, was killed during the raid.

A military funeral was held for Al-Houfi on Wednesday in Damanhour, with several high ranking officers and officials from the city and the Ministry of Interior in attendance.

Several state institutions, including Al-Azhar, Cairo University, Parliament, and professional syndicates have praised the security forces’ performance and their handling of the situation during the raid.

Several ministries have also condemned the terror cell’s attempted attack, with Parliament also strongly denouncing the criminal acts. Parliament also underscored the country’s rejection of all forms of violence and terrorism aimed at destabilising security and stability, particularly when it infringes on religious and human values.

Praise was also place on the readiness of Egypt’s security forces and their ability to undertake such a far-reaching operation in a populated area.

The Ministry of Interior said in a statement that security forces found weapons and large quantities of explosives in a hideout in the same district. The stash was found following a National Security tip-off on the group. The statement added that the terrorist group had been planning to carry out attacks during the Easter celebrations.

An eyewitness told Daily News Egypt that the police and security forces had called on civilians to avoid windows to maintain their safety during the operation. He said that the security forces came into the area at 17:00, with the clashes ending at 20:00.

During the operation, security forces attacked the terrorist hideout with the support of Special Forces after cutting electricity to the area.

Campaigns continue to compete for voters