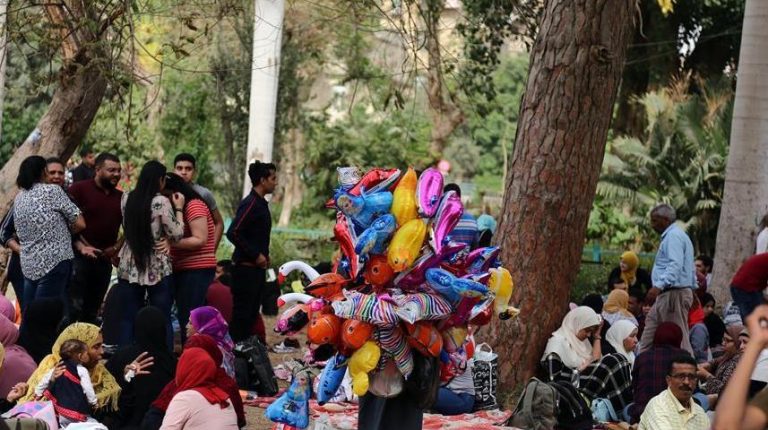 Egypt’s Prime Minister Mostafa Madbouly has ordered the full closure of public spaces including parks, gardens, and beaches ahead of Easter Sunday and Sham El-Nessim celebrations next Sunday and Monday.

The move comes as part of state efforts to curb the further spread of the coronavirus (COVID-19), particularly as such celebrations are a time of public gatherings.

In a virtual meeting on Wednesday, Madbouly directed governors and security forces to focus on coastal governorates, and to use “utmost force” in deterring attempts at gathering and violating state measures against the pandemic.

“You are fully responsible for implementing these measures. The (coronavirus) issue is under control, and to have the best results we have to prevent any gatherings,” Madbouly told governors.

During the meeting, governors reviewed disinfection and sterilisation efforts in public spaces in cooperation with the armed forces and civil society. They also discussed other issues, including waste removal during curfew and eliminating construction irregularities. The governors added that they have ensured the full closure of public parks and beaches during the spring festivals.

On Wednesday, the Ministry of Health announced 155 new infections with 5 fatalities. The latest figures bring the country’s total to 2,505 confirmed infections and 183 fatalities. So far, 553 cases have recovered.

Giza governor Ahmed Rashed ordered on Wednesday the full closure of public parks and Nile cruises from 19 to 21 April.

On Tuesday, the Ministry of Agriculture and Land Reclamation announced that all its affiliated parks will remain closed over the holidays. The move comes to avoid crowding and curb the further spread of the virus, in line with state precautions.

Sham El-Nessim is a national holiday in Egypt which marks the beginning of spring and falls directly after Coptic Orthodox Easter. It is an ancient festival which draws in Egyptians regardless of their religious background or social status. Many usually gather with their families in public parks, squares, and on beaches and Nile boats, to eat traditional fish dishes.

This year, however, gatherings could pose a serious threat with the spread of the coronavirus in Egypt. Citizens, particularly seniors, have been asked to stay home and practice social distancing to control the spread of the virus. However, most factories and companies are still working, with many employees still going to work.

Last week, the government extended the night-time curfew alongside all related precautionary measures including suspending flights, schools, and closing mosques and churches until 23 April. The extension comes as part of the state’s efforts to control and curb the further spread of the virus.

Banque Misr announced on Wednesday that it has closed its Al Badrashin branch for a week, after four coronavirus infections were detected there.