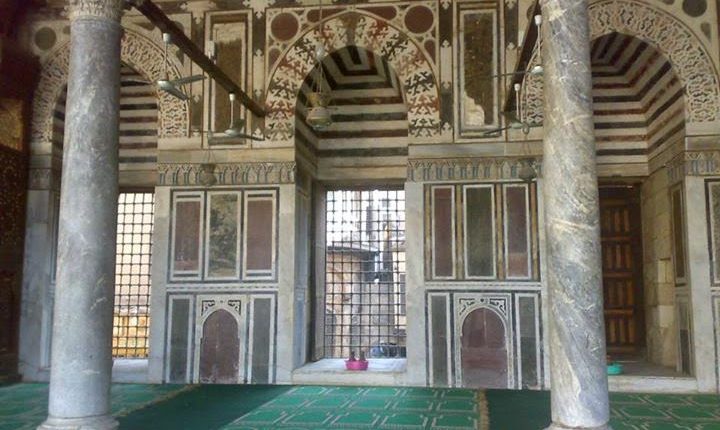 “Anta faker tahat el U’ba sheikh” (Do you think under the dome a sheikh buried) – an Egyptian proverb urging others not to be deceived by appearances. But what many do not know is that this proverb is linked to a mosque located in the heart of Cairo. 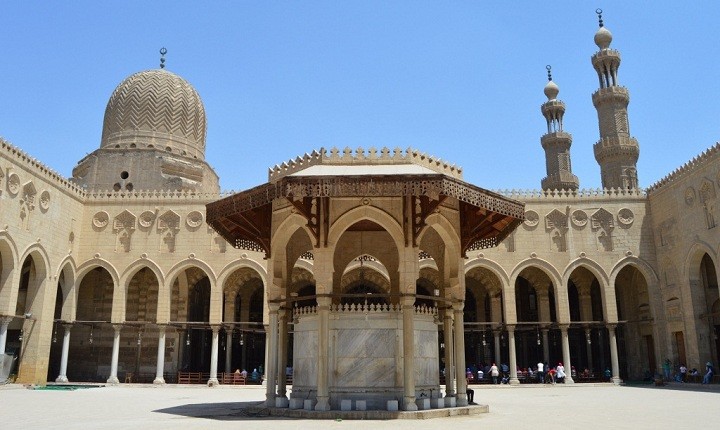 The Mosque of Sultan Al-Muayyad stands on the site of one of Egypt’s mightiest prisons in Egypt, which originally stood next to Bab Zuwayla. The prison had been established during the Fatimid era as a means to get rid of the state’s political enemies.

The dome of Al-Muayyad Mosque is the background for the proverb. The mosque was built by Fatimid Sultan Al Muayyad and it’s where he and his son were buried. Actually, Al-Muayyad had murdered his son with his own hands, making Egyptians take his story as a proverb advising others not to be deceived by appearances. And so the proverb essentially goes, “Do you think under the dome a sheikh (a religious man) is buried, no he killed his own son.”

A common feature of the Mamluk dynasty was rulers buying children, who would be brought up in the military. Those children were treated as mere slaves, more like mercenaries. In turn, the loyalties of many of them lay only to gold, money, and power.

Al-Muayyad was one of those children in the era of the first Sultan of the Mamluk Burji dynasty, Sultan Faraj Barquq. From the start, Al-Muayyad proved himself to be both intelligent and tough, and he was quickly promoted until he became Deputy Sultan and Governor of Syria.

On his achieving this rank, one of Barquq’s ministers tried to create a dispute between the sultan and Al-Muayyad. The minister warned Sultan Barquq that Al-Muayyad would like to overthrow him and take his position, advising him to get rid of the potential traitor to regain control of the kingdom.

During his imprisonment, Al-Muayyad suffered so badly from fleas and lice, he vowed that he would transform the prison into “a saintly place for the education of scholars” if he ever came to power. True to his word, when he became Sultan he commissioned the mosque, with construction beginning in 1415 and was completed in seven years.

To gain rule over Egypt, Al-Muayyad overthrew Sultan Barquq, and within six months, he had seized power and become the new Sultan. Expanding his empire through battles against neighbouring territories, he led a number of successful campaigns to northern Syria, as well as fighting Turkoman neighbours in what is now the Turkish province of Anatolia. 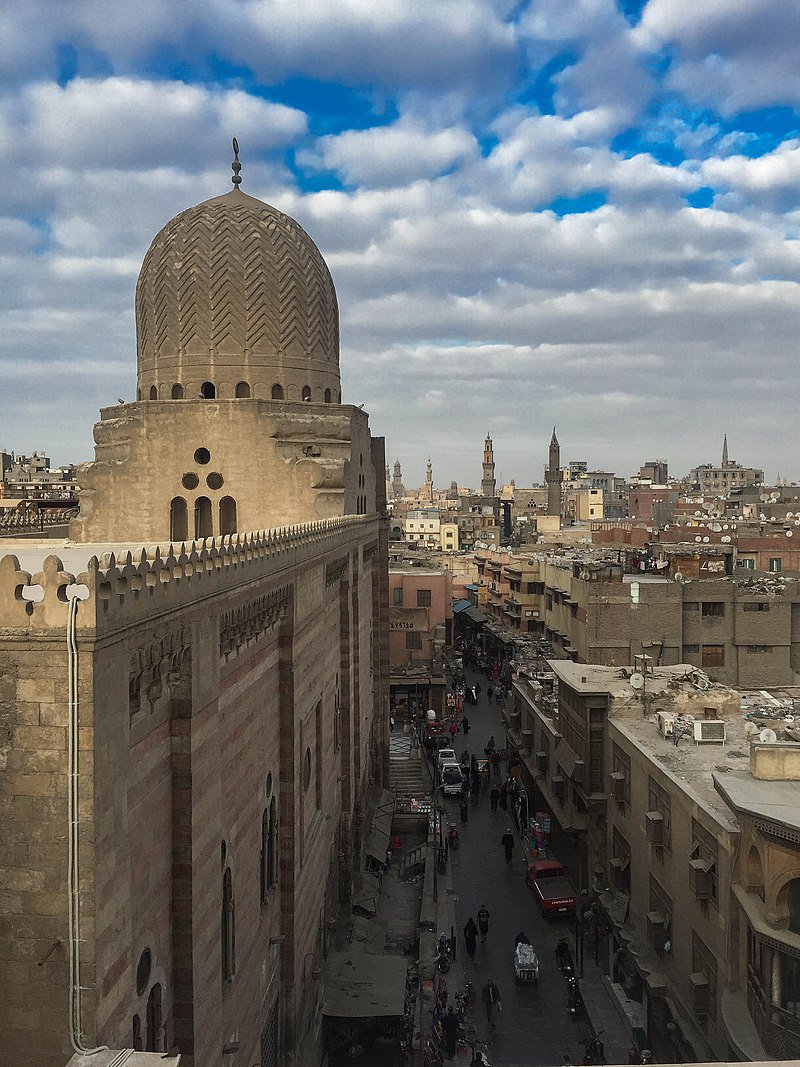 The area where the mosque was placed was known as Al-Sukaria, or Sugar Street, due to Al-Muayyad’s distributing sugar-sweetened water to the public at the opening to the mosque.

Originally, it had been intended for the mosque to include a symmetrical pair of domed mausoleums flanking a prayer hall. One dome would have been for the Sultan and his son Ibrahim, with the other for female members of the Sultan’s family. The dome for the family’s female members was, however, not completed.

On either side of the prayer hall are funerary chambers, housing the Sultan, with his chamber completed with a dome-shaped ceiling, as originally planned. The women’s chamber has a plain flat ceiling.

Ibrahim, who, like his father, was noted for his intelligence and bravery, and had led many military campaigns, was buried in the dome.

A minister to the Sultan tried to create a dispute amongst the ruling family. The minister warned Al-Muayyad that some princes were plotting to overthrow him, and to appoint his son Ibrahim in the Sultanate after the latter achieved victory in a recent military campaign. And as history tends to repeat itself, the adviser encouraged Al-Muayyad to get rid of Ibrahim and regain control of the kingdom.

To get rid of his son and put an end to the supposed plots, Al Muayyad poisoned his son’s food, with the latter dying at barely 20 years of age in front of his father. Being unable to bare the cries of his dying son, Al-Muayyad rushed around to find the antidote for his son, but ultimately failed to save him.

Following his son’s untimely death at his own hands, the sultan lay paralysed with grief to die only six months later. It was said that the Sultan later confirmed his son’s loyalty and that he was unjustly accused by the minister, who was later executed for his actions.