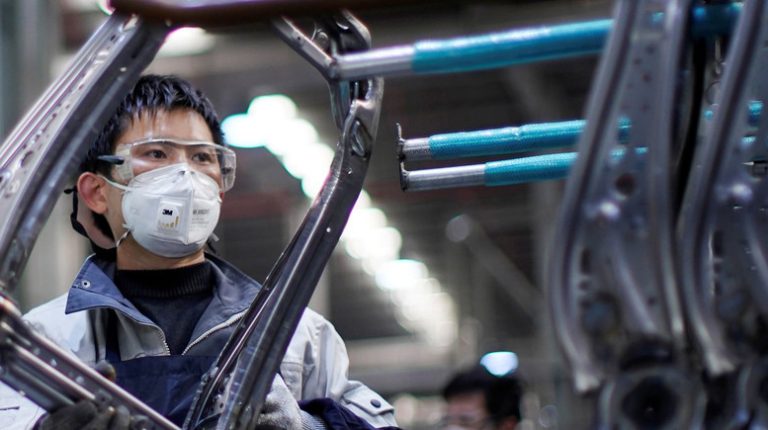 The economic damage caused by the ongoing coronavirus (COVID-19) pandemic is commensurate with the number of the potentially deadly disease victims, according to economists. They say that this situation has caused unprecedented economic stagnation and human losses worse than the 2008 global financial crisis.

The global automotive sector is no exception to this, with a sudden decline in the level of production quantities, exports, and sales. Given that the local auto market has not even fully recovered from previous crises, the sector’s dreams of a rebound were dampened despite the initial positive signs in January and February.

Karim Naggar, owner of Kayan International Trade, the Egyptian agent of European brands Skoda, Seat and Cobra, said the current global conditions due to the coronavirus disrupted world car production. This has, in turn, deferred contractual import quotas and interrupted the supply of production components and spare parts.

He added that the repercussions have hit car sales due to the precautionary measures to curb the spread of the virus, notably the suspension of new vehicles licensing until mid-April, and limiting cash withdrawal and deposit in banks at EGP 10,000 for individuals.

Naggar added that the negative effects of the coronavirus outbreak have left much uncertainty in the automotive sector. Sales have stagnated due to consumer reluctance to buy cars in the current period, as many are practising social distancing and other precautionary measures taken by governments.

The sector’s promotional and marketing activities, especially direct campaigns, were also completely paralysed following the cancellation of many international exhibitions, which are among the most important alternatives to direct marketing.

The Kayan owner added that many local agents have appealed to coordinate with traffic departments to issue car licences on behalf of distributors and customers in an effort to keep sales moving.

He emphasised the relatively stable conditions inside dealerships, showrooms, and maintenance centres. However, there are expectations that parent companies would close these sales outlets and stop all activities in the event of worsening conditions, as was the case in Italy, France, and Spain.

He suggested that auto producers may resort to reducing production quantities, cutting out specific markets, and slashing budgets, whilst also giving paid leave to employees to contain the situation and avoid potential losses.

Naggar added that cancelling international auto shows is unsurprising, as digital marketing and social media became the focus of a large segment of advertisers in the past few years. For example, the Geneva International Fair is expected to see its last session this year.

Despite the ongoing crisis, Naggar still believes companies’ medium-term plans will see the light, but the short-term ones will definitely be postponed.

Sherif Fahim, Marketing Director at Kia’s Egypt agent, the Egyptian International Company for Trading and Agencies, denied any obstacles to car imports. He pointed out that Kia’s factories in South Korea and Slovakia remain operational, despite compliance with government decisions to stop all activities for two weeks as a precaution against the coronavirus.

Fahim added that shipping prices have increased, which would impact car prices anyway. He said that it will be different for Kia and Hyundai, as they control all production, supply, and shipping of their products to different markets, and own shipping lines and containers.

Fahim added that the company has an appropriate stock of cars in showrooms and stores that makes the company ready to meet the market demand at any time, with more shipments already en route to Egypt. He acknowledged that the coronavirus affected car trading negatively, but stressed that companies should have enough cars in store to meet the expected high demand following the pandemic.

Companies do not have any plans to stimulate halted sales, particularly as traffic departments have suspended issuing car licences, Fahim said. He added that customers will be unable to benefit from the 3% decrease in interest rates, especially with banks requesting that the car licence should be presented to allow instalment plans.

Fahim ruled out companies’ ability to assess their losses in the coronavirus crisis, stressing that there are not even plans to compensate for those losses due to the uncertain conditions worldwide.

Khaled Saad, General Manager of Chinese brand Brilliance and the Secretary-General of the Egyptian Association of Automobile Manufacturers, confirmed that the company owns sufficient quantities of cars in the current period. This comes as a result of falling sales and low demand for cars because of the economic crisis caused by the virus outbreak.

He added that the decision to suspend car licensing and set a maximum limit for cash withdrawal and deposit in banks are the most prominent obstacles that has caused a hiccup in March car sales. He also noted the significant gains made in automotive sales during January and February and the sector’s strong recovery before the virus’ emergence in Egypt.

Saad stressed that there is no car shipments currently in ports’ storages, and pointed to the indefinite postponement of contracted shipments arrival. This comes amid turbulence in global markets and the postponement of 2021 model launches on the back of many international auto shows being cancelled.

International shipping companies have added a new challenge to the fray by raising their expenses for the automotive sector, resulting stagnation in car and spare parts supplies. Companies have also raised freight expenses to compensate for losses from reduced shipping activities on the back of halted production lines.