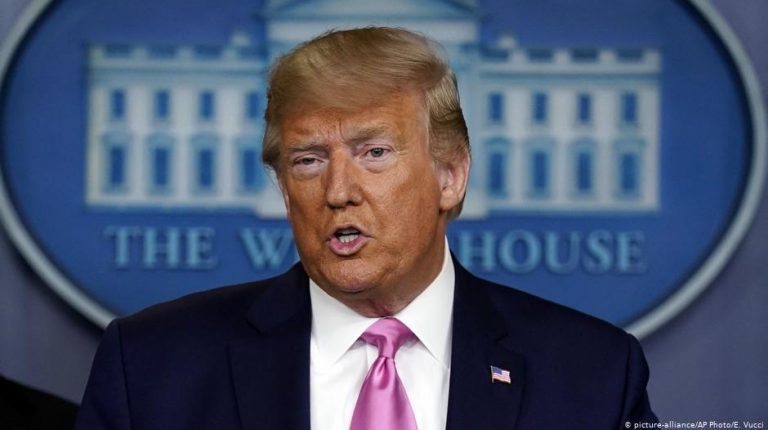 US President Donald Trump has faced a wave of international condemnation over his decision to halt the country’s contribution to the World Health Organization (WHO).

China expressed its “serious concerns” following Trump’s suspension of all US funding to the WHO over the latter’s handling of the coronavirus pandemic.

Foreign Ministry spokesperson Zhao Lijian said the global battle against the pandemic is at a “critical moment,” and that suspending funding will “undermine international cooperation against the epidemic.”

UN Secretary-General Antonio Guterres said in a statement that it is not the appropriate time to reduce resources for the WHO. He emphasised, instead, that now is the time for unity and for the international community to work together in solidarity to stop the virus and its devastating consequences.

President Trump said the US will withhold $500m in WHO funding while an investigation is held into its handling of the pandemic.

The US is the largest single contributor to the WHO, providing roughly 15% of the agency’s total budget in 2018-2019.

Trump, who has reacted angrily to criticism of his administration’s response to the worst pandemic in a century, has become increasingly hostile towards the WHO.

The Geneva-based organisation had promoted China’s “disinformation” on the virus that likely led to a wider outbreak than otherwise would have occurred, Trump said.

“The WHO failed in this basic duty and must be held accountable,” Trump told a White House news conference on Tuesday.

Earlier on Wednesday, German Foreign Minister Heiko Maas rejected Trump’s move, saying the UN, and “especially the underfunded WHO,” were the best institutions to “strengthen the development and distribution of tests and a vaccine.”

Russia and Australia also were among other countries that condemned the US decision.

Over 2,200 people died in the US on Tuesday, a record toll according to a Reuters tally, even as the country debated on how best to reopen its economy. New York City has been the hardest hit by the outbreak, revising its death toll sharply up to more than 10,000.

Over 2 million people worldwide have been infected with the virus, and more than 124,000 have died since the disease first appeared in China late last year, according to a Reuters tally.