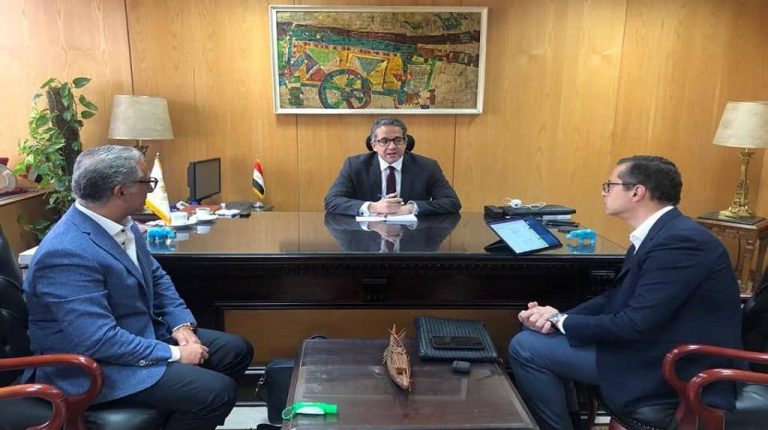 A new fund has been put forward to support workers in Egypt’s tourism sector, whether they work at companies, hotels, or tourism establishments, during times of crisis. The new fund was brought up for study during a meeting between Minister of Tourism and Antiquities Khaled El-Anany, Egyptian Tourism Federation (ETF) Chairperson Ahmed Al-Wasif, and Egyptian Hotel Association (EHA) Chairperson Maged Fawzy.

According to a Ministry of Tourism and Antiquities press statement, the ministry, the ETF, and tourism chambers have been discussing, in the past few weeks, the fund’s creation. The move comes in light of recurring tourism sector crises over the years, which have revealed a lack of accurate data on the sector’s total workers in Egypt.

The ministry said the lack of information prevents many workers from getting their full rights, whilst also preventing financial support from arriving to those who deserve it, especially during crises.

The ministry also noted in the press statement that most tourism and hospitality sector workers do not have any fixed financial resources when the sector is badly hit. This often leads to a halt in their income, with many being forced to leave the sector altogether as a result.

With Egypt’s tourism sector leaking valuable trained labour on the back of these crises, the sector is left with no effective alternatives for bringing on the necessary labour when tourism resumes.

Last Thursday, the cabinet approved a draft law for establishing a fund to support the promotion of tourism and archaeological sites, and raise the efficiency of services and projects in these areas.