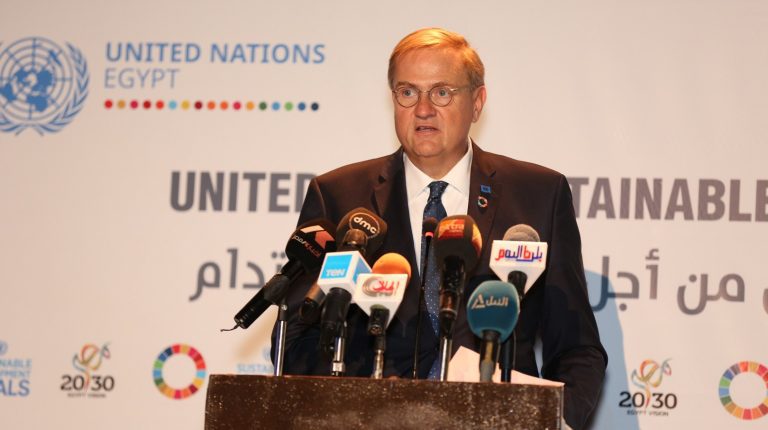 The United Nations (UN) in Egypt has launched a socio-economic response plan in consultation with the Egyptian government, a UN statement on Tuesday said.

The statement also said that the plan’s focus is to effectively support the most vulnerable groups affected by the coronavirus outbreak, by repurposing existing projects and delivery mechanisms.

“At this difficult time for many people in Egypt, the United Nations must immediately reach out to the most vulnerable people of society and help them as much as we can, to get through the next period. The needs are critical, and they are urgent, and this should be reflected in the support we offer,” the UN Resident Coordinator, Richard Dictus, said.

The UN socio-economic response plan has a range of main objectives it looks to achieve as part of its success. These include mitigating the economic impact on the labour market, as well as the micro, small and medium enterprises (MSMEs) and high-risk sectors.

The plan looks to ensure the continuity of inclusive access to public services, notably social protection and safety nets, as well as health and nutrition services. Added to this, the plan will increase access to and education services, whilst also alleviating the impact on food security and the agriculture sector.

The UN’s plan also focuses on supporting access to services and economic opportunities for women and girls. In addition, the response plan aims to enhance the livelihoods of migrants, refugees and asylum seekers.

The response plan covers an initial period of six months, and will be adjusted based on the evolving context.

Egypt’s response to the coronavirus has been timely and robust, the statement said, noting that public health measures were taken early. To date, the pandemic in Egypt has been managed within the capacities of the heath system.

The statement also said that the government has taken early action to provide support to workers, companies and small enterprises.

The UN has yet to outline the depth of the global crisis and to what extent it will impact Egypt. However, the United Nations Country Team, consisting of 19 agencies, is working closely with the Egyptian government in supporting the national response.

In 2018, UN projects directly reached 33 million people across Egypt through its collaboration with the government, civil society and the corporate sector.

“We are now seeking to firm up these partnerships and try to direct them to as many people in need as we can, as quickly as we can,” Dictus said.