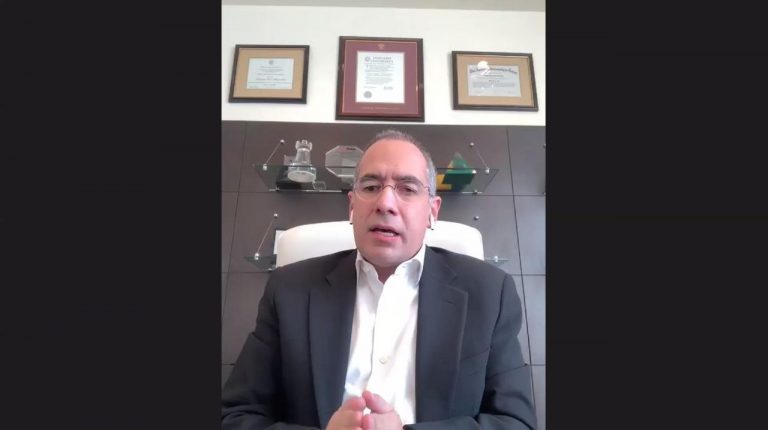 A number of private sector representatives in Egypt have called on authorities to launch new initiatives to support the economy during the ongoing coronavirus pandemic (COVID-19).

The calls came during a virtual panel organised by the Egyptian Center for Economic Studies (ECES) on Tuesday, entitled “How do we prepare for the new reality?” During the panel, participants discussed Egypt’s preparations for the post-coronavirus era.

Panel participants praised the government’s social and economic measures managing the crisis, noting that the current initiatives are balanced and should continue after the pandemic has ended.

The current health crisis has turned into the worst economic crisis since 1929, which imposes a new global reality that Egypt must prepare for, said Hisham El-Khazindar, Co-Founder and Managing Director of Qalaa Holdings.

Although Egypt’s positive economic growth in 2020 is an exception in the Middle East, this does not mean the crisis will not have significant effects on this sector. Egypt can take advantage of the current global changes, El-Khazindar said, adding that the next three years will remain very tough.

Whilst praising the state’s EGP 100bn stimulus package, El-Khazindar said that the priority in investing these funds remains in maintaining jobs and reducing unemployment. He pointed to the remarkable increase in US unemployment, which has now reached rates not seen since the 1929 depression.

El-Khazindar praised the Egyptian government’s measures to contain the spread of the virus, including the night curfew. This has taken place without halting economic activity and production, adding that intolerance of the precautionary measures will lead to a health disaster.

He called for a new package of initiatives to activate the Egyptian economy. This could take place by extending the postponement of loan instalment payments for another six months, or by extending the period of tax facilities. This stimuli would allow companies to use the financial liquidity to retain employment.

El-Khazindar said that major changes in the global oil markets reflect what is expected to happen in many other sectors during the coming period. Global commodity prices are experiencing major declines due to declining demand, which is leaving a surplus in supply.

Alaa Sabaa, co-founder of BPE Partners, called for a balanced policy to be implemented between attracting new investments and building integrated social safety nets. Sabaa underlined the necessity for setting a plan to reopen the economy, as many sectors will be unable to bear the costs of long-term closures. This would be particularly in sectors, such as the informal sector, that rely on daily employment. He added that even formal sector workers have seen their income decline due to the crisis.

Sabaa expressed his concerns on the declining remittances coming into the country from Egyptian expatriates, one of the most important sources of hard currency income for the Egyptian economy. Remittances coming in from abroad correspond to the combined revenues coming from the tourism sector and the Suez Canal.

The current changes in the global economy prove that a strong economy cannot depend on only one or two sectors, according to Tarek Tawfik, Deputy Chairperson of the Federation of Egyptian Industries (FEI). As things stand, Egypt’s economy is heavily weighted towards sectors such as tourism and Suez Canal revenues, although Tawfik noted that a country’s industrial and agricultural sectors are key for any strong economy.

Tawfik praised the state’s role in managing the crisis, which he described as very practical and balanced. Tawfik added that this approach should continue after the crisis through the elimination of the bureaucracy.

Abla Abdel Latif, Executive Director and Director of Research at ECES, said the coronavirus crisis has put both the business and human resources communities in the same boat. Their fates are now closely intertwined for the continuation of both activities. Abdel Latif added that the crisis requires a review of the social welfare networks as an essential part of economic policies.

A clear dividing line must be established between the role of the state and the role of the private sector, she said. At the same time, she added that the tourism sector is unlikely to recover soon, especially as it is considered a luxury.

UN warns of worldwide hunger due to COVID-19