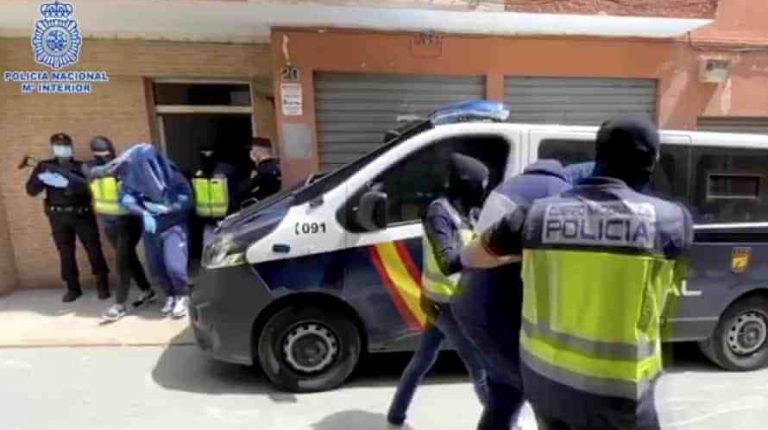 Spanish police have arrested an Egyptian national and two others in a flat in the southern city of Almeria in a counter-terrorism raid on Tuesday.

It was reported that the Egyptian national had likely entered Spain illegally, and was hiding in a rented apartment.

Footage released by police showed heavily-armed officers undertaking a night-time raid on a ground-floor premises, before bringing out three men with their heads covered during daylight hours.

Abdel Bary, who has gained notoriety as a jihadi rapper, fled Britain to join ISIS. The rapper had travelled to Syria and shared social media images in 2014 whilst holding a decapitated head in Raqqa, Spanish media added.

Originally from Maida Vale in London, Bary at one point held joint British-Egyptian nationality, but was stripped of his British citizenship due to his links to the terror group. Once considered a notorious Isis figure, he has disappeared from view in recent years.