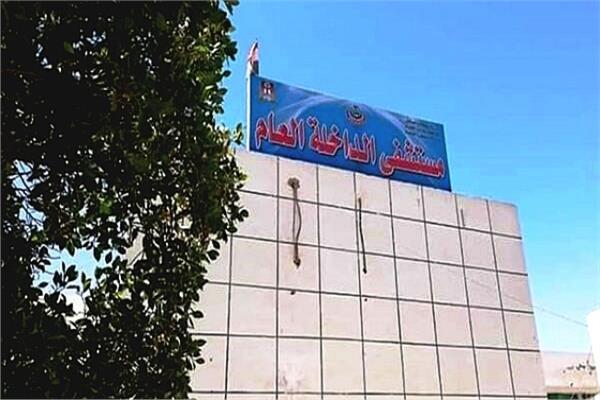 The New Valley governorate’s total number of coronavirus cases rose to 13 on Friday, after the Dakhla General Hospital transferred 10 new cases to the isolation hospital in Esna city.

The new cases include six nurses, two workers, and a security worker. The sixth victim is the daughter of a 55-year-old female who recently died of the asronavirus infection. The mother was held in intensive care at Dakhla General Hospital before her death.

The New Valley Health Directorate ordered the hospital’s closure for sterilisation, and ordered tests on all its healthcare workers. The directorate also called for a survey tracing the people who came into contact with the newly discovered cases to be conducted.

The Dakhla General Hospital’s ambulance has been excluded from the closure.

The New Valley Governorate had recorded its first 3 coronavirus cases last Wednesday, also at the Dakhla General Hospital, and they were transferred to the Isolation Hospital at Abu Tij city.

Two days ago, New Valley Governor Mohamed Zamlot said that samples were taken from 100 of the hospital’s medical staff, with precautionary measures taken for 35 mothers. This comes in addition to the hospital’s disinfection and sterilisation as well as of the victim’s homes and the  surrounding area over the course of 48 hours.

The Ministry of Health reported 232 new coronavirus cases on Thursday, the highest daily number since the discovery of the virus in Egypt in mid-February. The latest cases bring the country’s total number of confirmed cases to 3,891.

The ministry said in a statement that the total number of COVID-19 deaths has now reached 287 nationwide, with 11 new deaths today.

Does age matter when it comes to receiving COVID-19 treatment?