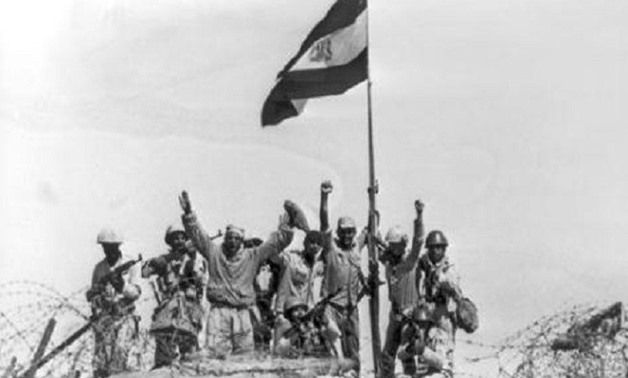 Egypt commemorated on Saturday the 38th anniversary of Sinai Liberation Day, which marks the 1982withdrawal of Israeli military forces from the Sinai Peninsula.

President Abdel Fattah Al-Sisi said in a tweet on Saturday that Sinai’s restoration would not have happened without a long struggle that Egypt fought on all fronts for the peninsula’s liberation. Al-Sisi also paid tribute to the martyrs and armed forces.

Israeli forces had occupied the Sinai Peninsula during the 1967 war. Following their withdrawal, the Egyptian flag was raised on 25 April 1982 in the cities of Rafah in North Sinai and Sharm El-Sheikh in the

south. It was not until March 1989, however, that Taba was fully restored to Egyptian sovereignty. This was the last pocket of the Sinai Peninsula returned to Egypt after judges involved in international arbitration ruled in Egypt’s favour in 1986.

The Israeli withdrawal came following the signing of the Camp David peace treaty between Egypt and Israel in September 1978.

The date of 25 April is considered one of the most important in Egypt’s recent history, and was declared a national holiday for citizens to pay tribute to military personnel and their sacrifices.

On Saturday, the Ministry of Culture screened, for the first time, a documentary entitled “The Parade of Victory”. Produced by the National Center for Cinema, the documentary narrates stories from the Egyptian military during the October 1973 War.

The Ministry of Interior announced that, to mark the anniversary, 4,011 prisoners were pardoned in accordance with a directive from Al-Sisi.