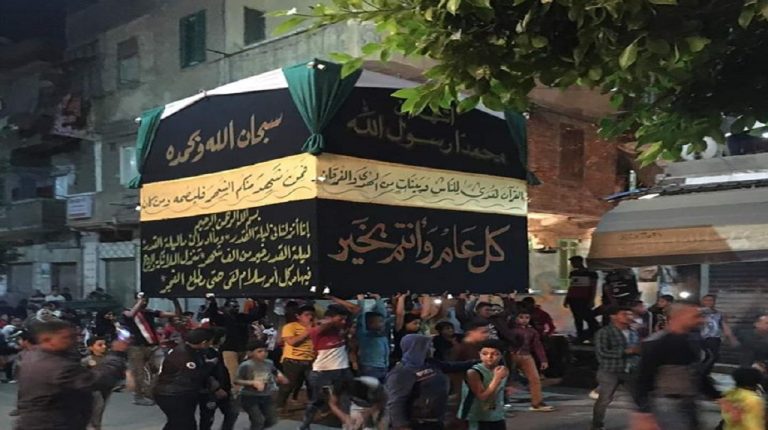 The Egyptian Public Prosecution released 20 defendants on Saturday on charges of breaking the curfew and organising a march to mark the start of Ramadan.

Video footage, that went viral on social media, showed dozens of people carrying a model of the kabbah and touring streets in Alexandria on Thursday evening. The march had been organised to celebrate the start of Ramadan.

The defendants, who were arrested on Friday, were released on Saturday after paying an EGP 500 bail

Although the march started before the night-time curfew began, the defendants were charged with challenging the existence of the coronavirus (COVID-19) pandemic.

Social media users rapidly responded, creating the #Alexandria hashtag on Twitter and criticising the march. The government has put in place a variety of precautionary in an effort to curb the spread of the virus.

The organisers were charged with breaking the curfew and not complying with the state’s decisions aimed at curbing the spread of the coronavirus.

Last Thursday, Egyptian Prime Minister Mostafa Madbouly announced the night-time curfew, would be extended for another two weeks. For the duration of Ramadan, the curfew will now be from 9:00pm to 6:00am, instead of starting at the previous 8:00pm.