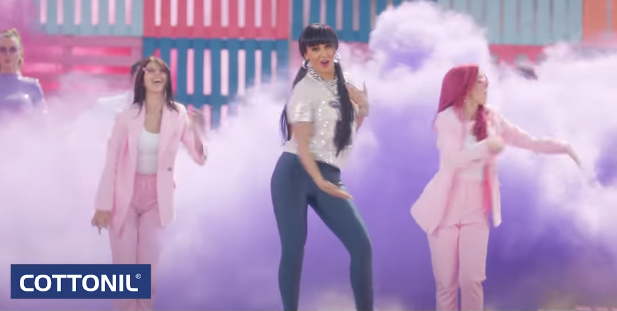 The CPA said on Sunday that the commercial also violates ” the Consumer Protection Law, the standard specification for advertising requirements for goods and services No. 4841-2005 and the Egyptian Penal Code”.

The CPA added that it had summoned Cottonil’s Board of Directors to inform them of the directive.

Cottonil announced on Sunday that it had indefinitely halted the broadcast of the commercial, titled “The boy next door”, on all television channels. The underwear retailer added that the commercial had caused an untoward sensation, and that the company “takes into consideration the tastes of its audience”.

The commercial, which stars Jordanian actress Mais Hamdan, was only broadcast for two days before it was banned after sparking controversy on social media.

This is not the first time that the CPA has banned Cottonil  television commercials, with similar decisions having been taken for the same reasons over the last few years.

The Supreme Media Regulatory Council is expected to hold a meeting on Sunday to discuss the “violations of the Cottonil commercial”, according to media reports.