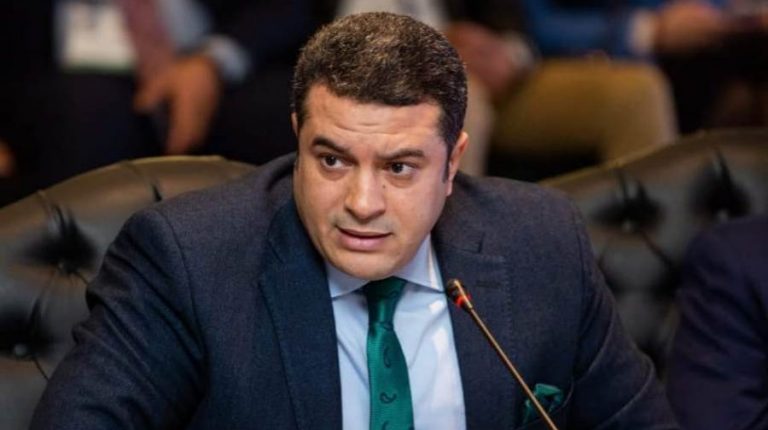 Real estate developers at the New Administrative Capital (NAC) have confirmed that construction work of the site’s projects continue despite the ongoing coronavirus (Covid-19) outbreak.

They added that they have been following all precautionary measures to protect their employees and ensure they remain on schedule for delivering their projects.

Developers say they remain committed to delivering their projects despite circumstances for the NAC’s first phase to be completed on time.

They praised the government’s recent decisions to provide workplace protections in mega urban projects whilst stressing that construction and development projects will continuation. The decision is to preserve Egypt’s economic gains as part of its economic reform programme.

The real estate developers said that the construction sector is the most important economically, contributing significantly to GDP. They added that the President Abdel Fattah Al-Sisi’s decision to postpone the opening of the NAC until next year did not affect project completion.

Ashraf Adel, General Manager at Better Home, said his company is committed to completing all its projects at the NAC, and delivering them according to the announced timetable. He added that this is essential, especially considering the circumstances Egypt is going through.

Adel also said that the accomplishment of projects and investment in the NAC is a national duty due to the project’s unique character.

The administrative capital is the new civilised face of Egypt, he said, and that it remains unaffected by the coronavirus.

“Every company was keen to secure its own labour by providing all means of protection and medical care throughout the day. Since the beginning of the crisis, we have taken all precautionary measures in our four projects being implemented in the capital to preserve the safety of labour to deliver projects on time,” he said. “Additionally, the company will deliver Midtown Villa by the end of 2020, making it the first fully completed project to be delivered in the NAC.”

Adel praised the interest of the political leadership in periodically following up on the project implementation at the NAC, whilst working to remove any obstacles that might affect completion rates on the ground.

Ahmad El Attal, Chairperson of El Attal Holding, said that the Park Lane Compound-hood construction remains on target. He added that specialised staff at the company are following up on all medical and precautionary measures daily to maintain the health and livelihoods of workers at work sites.

El Attal added that President Al-Sisi’s decision to postpone the opening of major national projects, including transferring ministries to the NAC, until next year, will not affect private sector project completion schedules.

He noted that developers are committed to following up on the agreements with the Administrative Capital for Urban Development Company and other customers. There are specific implementation and delivery schedules according to contracts between the two parties. Because of this, private companies operating in the capital remain at work with a number of onsite measures to protect workers.

Mohamed added that the company has been proactively protecting its site workers from the beginning in accordance with international health and protection standards. The company also remains committed to punctual project delivery, and supporting all state measures and decisions to continue work on giant urban projects due to the construction sector’s economic strength.

He noted that the company has provided fully-equipped accommodation for its workforce  on land set aside for its NAC projects. All tools have been made available to undertake site sterilisation and disinfection, with training provided to workers to protect themselves as well as maintain social spacing.

Mohamed called on real estate developers operating in the NAC to keep their sites at full capacity in the coming period while undertaking all necessary precautions. He also called on developers to keep workers on due to the important nature of their work.

Mohamed believes that the NAC remains the most attractive investment option despite the current conditions worldwide and the postponement of the project’s opening until 2021.

He added that the NAC’s postponed opening will not affect the project’s corporate sales. Instead, purchase will be an opportunity for those who want are looking to invest and take advantage of attractive offers by companies in the current period. This will be especially notable with the projected price increases in the fourth quarter (Q4) of the current year.

MBG Development Chairperson Mahmoud Al Adl confirmed that Pukka projects’s new capital construction work remains fully functional. He added that the project is proceeding according to schedule, with the company following all precautionary measures at its project site.

He confirmed that the company has achieved estimated sales of EGP 150m during the Q1 of 2020, with sales continuing at a significant rate. He also revealed that Pukka project’s implementation rate ranges between 30% and 35%. The company launched, this year, a new project at the NAC called Pukka 2, with investments worth approximately EGP 10bn.

Al Adl projected an improved real estate sector sales volume during the second half (H2) of 2020.