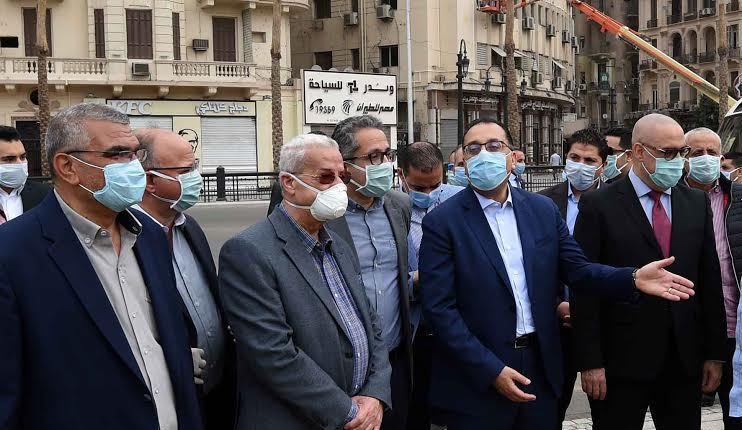 Prime Minister Mostafa Madbouly has ordered on Monday for the immediate demolition of building violations with the offenders to be refered to Military Prosecution.

During an inspection visit at a group of construction sites in Cairo, Madbouly caught up on  the latest developments in the Lieutenant General Ibrahim El-Orabi Axis. He also inspected 134 residential buildings near Al-Salam Stadium which have been established by the Ministry of Housing as an alternative to housing in slum areas.

Madboujly also ordered that Cairo governor Khaled Abdel-Aal undertake complete, rather than partial, demolition  of all building violations. He emphasised that the government will longer allow for any new construction violations to occur.

Madbouly added that work on the new projects must continue to ensure all national projects are finished as soon as possible.

The Armed Forces Engineering Authority has said that the Lieutenant General Ibrahim El-Orabi Axis will run in both directions at a length of 13.5km and  width of 50m. The axis also includes eight bridges.

The prime minister inspected the ongoing renovation work in Tahrir Square. He ordered for the speedy employment of security and maintenance companies to take over the security and renovation of the site and continue its maintenance.

The Tahrir Square renovation project aims to give it a pharaonic character by placing an Ancient Egyptian  obelisk surrounded by four ram-headed sphinxes.